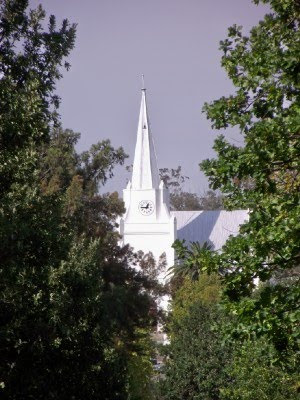 One of the main landmarks in Somerset East in the Karoo is the Dutch Reformed Church (NG Kerk) in the main street (Nojoli Street). The proposal of the local Heemraden to erect a Dutch Reformed Church in 1825, was accompanied by the submission of a design in which Cape Dutch and Gothic architecture were cheerfully blended. The Eastern facade had a Dutch Renaissance tower rising from an impressive thatched nave. 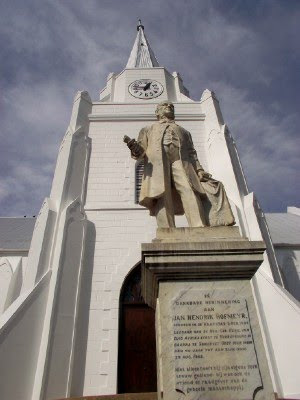 The foundation stone was laid in 1830, but the building was not ready for consecration until 1833. It was enlarged in the 1870’s and was modified in the 1950’s. The building was again restored in the early 1970’s. The first minister was the Rev. George Morgan. He was followed by the Rev. John Pears and the Rev. Jan Hendrik Hofmeyr, who's statue stands in front of the church's main entrance. 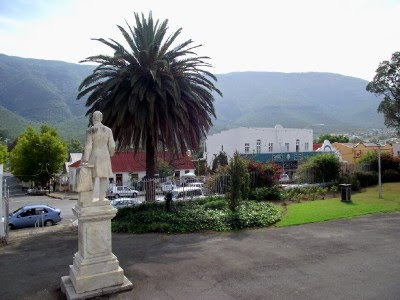 Ref Hofmeyr's statue, like the church, overlooks the main street, part of the town as well as the
Boschberg mountain behind the town.
Posted by Firefly the Travel Guy at 5:00 PM