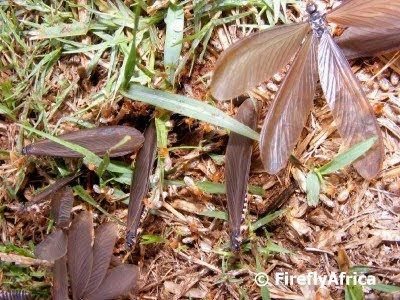 A couple of week ago we spent the weekend at Sleepy Hollow camp site just outside Port Elizabeth. After a night of soft rain we woke up to literally thousands of flying insects crawling out of holes in the ground and taking flight. They were non other than Harvester Termites. 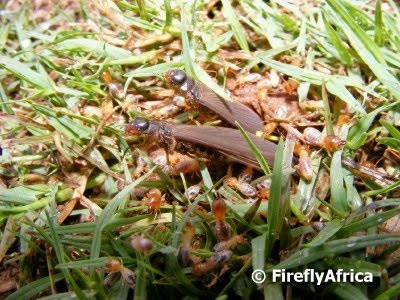 The Harvester Termite doesn't build mounds, but nests completely underground. They collect grass and plant materials by night and on cool days which then gets transported underground into the nests. Winged "imagoes" (flying ants), which were what we were seeing that morning, emerges after rain. They fly short distances, shed wings and digs a chamber 25mm below the surface. The female would then attract males through pheromones and become the new queen of new colony. 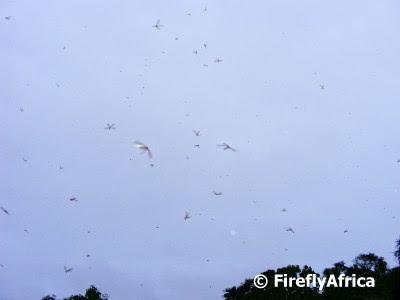 She will eventually become too big to move and lay 20 000 eggs per day for the rest of her life. Majority of eggs develop into workers while others will turn into soldiers and imagoes. It was amazing seeing these flying termites pouring out the holes and flying away. The kids were all commenting that they looked like fairies.
Interestingly, termites are distributed world wide but Africa has widest diversity of termite species.
Posted by Firefly the Travel Guy at 2:00 PM

Email ThisBlogThis!Share to TwitterShare to FacebookShare to Pinterest
Labels: insects