Head-on with a Sable antelope 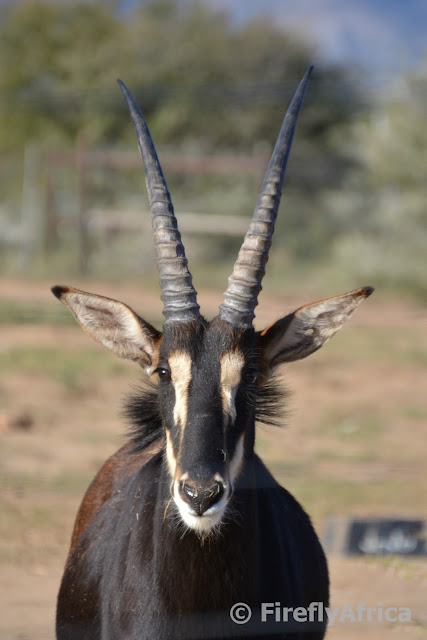 Mount Camdeboo Game Reserve outside Graaff-Reinet has a Sable antelope breeding program and while on the game drive we stopped next to the camp for a closer look.  This young male came walking towards the fence and stood still watching us long enough for me to get a nice head-on photo of him.  Just a pity for the fence wires in between.

Some info about the Sable courtesy of Wikipedia:

The sable antelope (Hippotragus niger) is an antelope which inhabits wooded savannah in East Africa south of Kenya, and in Southern Africa.

The sable antelope is sexually dimorphic, with the male heavier and about one-fifth taller than the female. The head-and-body length is typically between 190 and 255 cm.  Males reach about 117–140 cm at the shoulder, while females are slightly shorter. Males typically weigh 235 kg and females 220 kg. The tail is 40–75 cm long, with a tuft at the end.

Sable antelope live in savanna woodlands and grasslands during the dry season, where they eat mid-length grasses and leaves. They visit salt licks and have been known to chew bones to collect minerals. They are diurnal, but are less active during the heat of the day. They form herds of 10 to 30 females and calves led by a single male, called a bull. Males fight among themselves; they drop to their knees and use their horns.
Posted by Firefly the Travel Guy at 3:33 PM No comments:

When a game ranger goes above and beyond 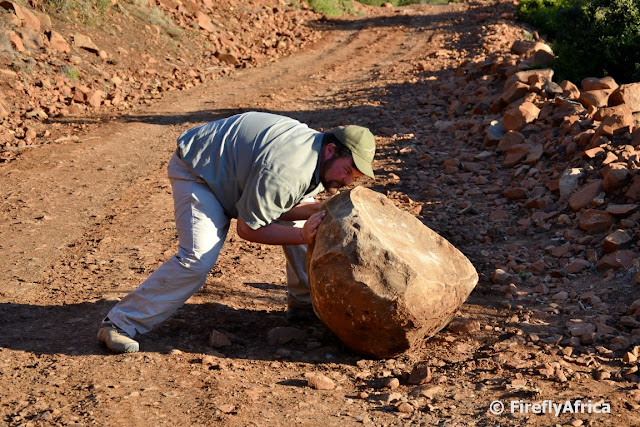 A lot of people have the policy that if you want something done you have to do it yourself, especially if you don't really have anybody to delegate to.  But even then you need somebody to push a rock out of the way for you every now and then.  I had a funny "push a rock out the way" moment on a game drive at Mount Camdeboo Game Reserve outside Graaff-Reinet the other day.  We weer driving up the mountain when we found this boulder lying in the road.  The ranger immediately hopped out to roll it out the way and clearly underestimated its weight... or his own strength, because it just did not budge.  Perhaps it was the rocky equivalent of Mjolnir, Thor's hammer, and nobody can move it no matter how hard you try.  Oh well, if you can't get it out the way then you just drive around it like we did.
Posted by Firefly the Travel Guy at 1:49 PM No comments: 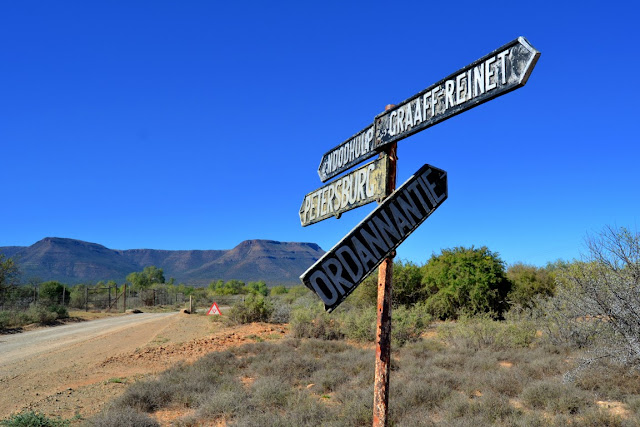 The road to Noodhulp (Afrikaans for First Aid) is not what you call the route somebody takes when they are cruising for a bruising and looking for trouble with a big oke.   Not that kind of thing at all.  I found the road to Noodhulp while en route to Mount Camdeboo Private Game Reserve outside Graaff-Reinet and after a double take reversed back for a better look to make sure that was the name I saw and then a photo.  It turns out Noodhulp is the name of a nearby farm which at first I though was weird.  On second thought though it probably makes sense if it refers to a place where you go to heal your soul from the battering it takes in the city.
Posted by Firefly the Travel Guy at 4:00 PM 1 comment:

There is no end to the adventures we can have 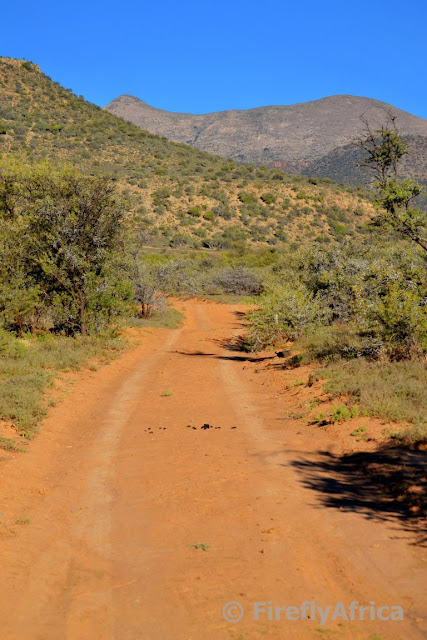 On a game drive at Mount Camdeboo Game Reserve near Graaff-Reinet recently we stopped to watch a couple of  Gemsbok on the side of a hill.  Strangely enough my attention wandered from the antelope to the road in front of us and I snapped this picture.  Looking at it afterwards I wondered how to use it as I didn't have enough material to do a full article on my visit to the reserve.  I decided to rather post it along with a travel quote, but which one would fit this picture?

I decided on the following one by Jawaharial Nehru:


“We live in a wonderful world that is full of beauty, charm and adventure. There is no end to the adventures we can have if only we seek them with our eyes open.”

So my advise to you today is to travel down this road, or any other one, with open eyes and an open mind and realise the beauty, charm and adventure of not just your final destination, but also the journey getting there.  Even if your destination is your own city.
Posted by Firefly the Travel Guy at 4:16 PM 1 comment: 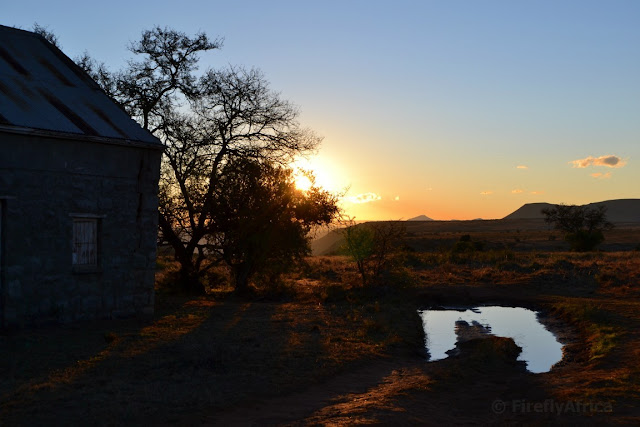 Take the big sky of the Eastern Cape's Karoo Heartland, add some rain the previous night, a few distant mountains, an old building, a thorn tree and throw in a sunset for good measure.  What do you get?  This, as observed while on a game drive at Mount Camdeboo Game Reserve outside Graaff-Reinet recently.  All I still needed was a windpomp in the picture somewhere.
Posted by Firefly the Travel Guy at 3:24 PM 1 comment:

A romantic evening at The Plantation 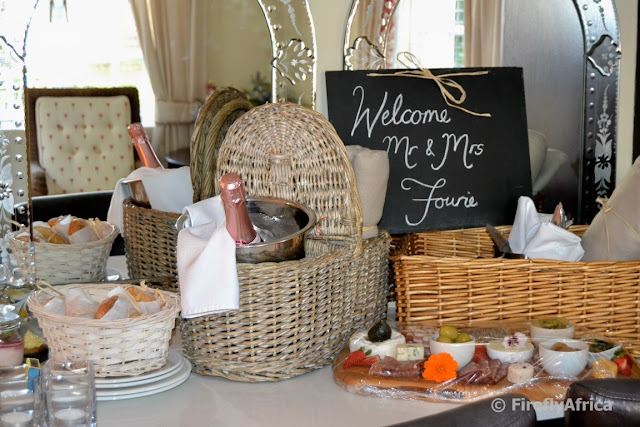 When you are young and in love you go out your way to be romantic.  Flowers, movies, open the door, whispers in the ear, special dinners and and and.  When you get slightly older and have kids, just spending a little time together on your own without the kids is seen as romantic.  For us it is anyway.  Now when you get to combine both of these, you know you have a winner on your hands.  And a winner I was at the first #ECMeetUp a little while ago when I won an evening at The Plantation here in Port Elizabeth.  Just the fact that the Damselfly and I could spend some "us" time was enough, but little did we know what Sarah and Ralph has in store for us. 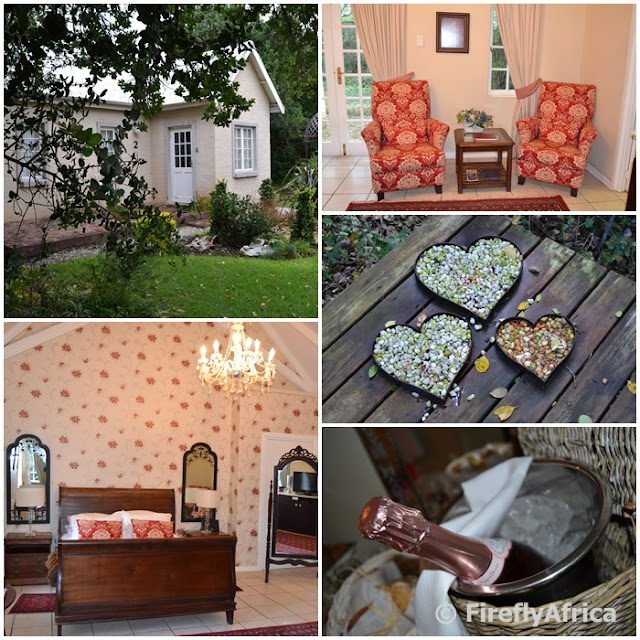 The Plantation is a wedding and conference venue just off Sardinia Bay Road which means that it is surrounded by indigenous coastal bush giving it a real romantic forest feel.  As there was no wedding on the weekend we chose to stay, we were given the honeymoon suite in all it's stunning splendor.  Iffy weather that weekend meant that we could only go for a short walk through the bush before the skies opened up again.  It did mean though an evening of snuggling up under the duvet in front of the television (also romantic in mu book) just chilling away from the KidZ in each other's company. 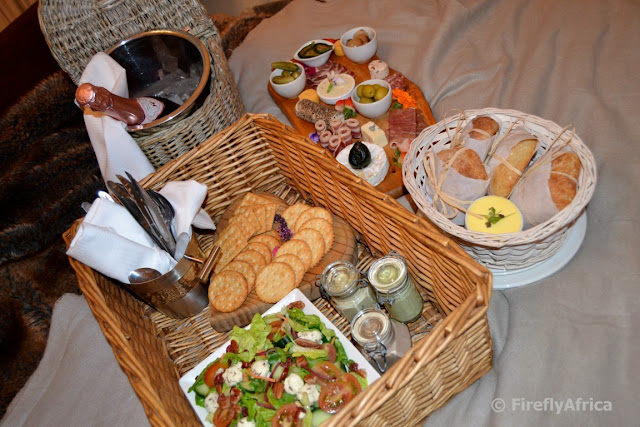 On arrival our picnic dinner was waiting for us already and if the weather played along we would have been able to throw the blanket open in the garden and enjoyed it there.  Instead we threw the blanket open on the bed which, as it turned out, was a good second option. 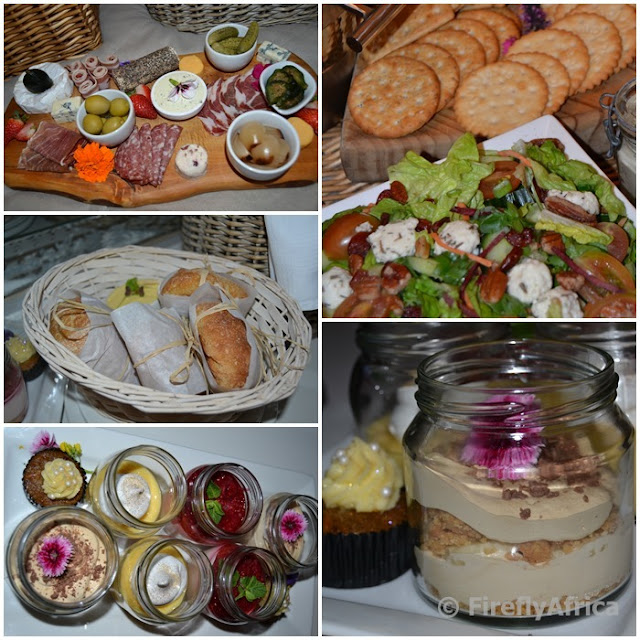 Sarah and Ralph really went all the way with cold meats, cheeses, biscuits, breads, pates, salads and more along with a bottle of chilled sparkling wine.  This was followed by not one, not two, but three different desserts.  Everything nicely presented and tasting divine.  Now that is how you spend a romantic evening with a loved one.  BUT... that wasn't all... 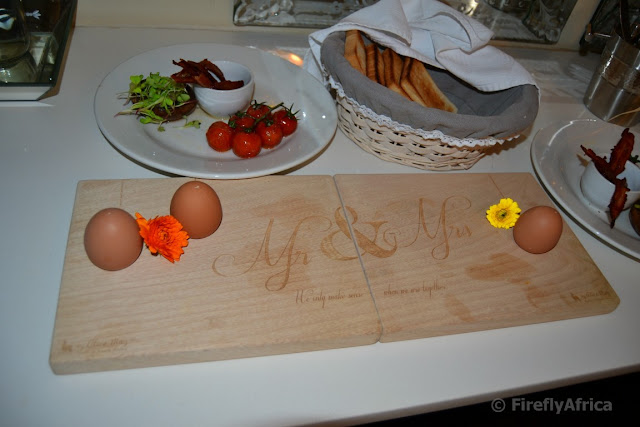 We didn't even have to get up to go for breakfast the next morning.
Breakfast came to us, delivered to the room in two sessions. 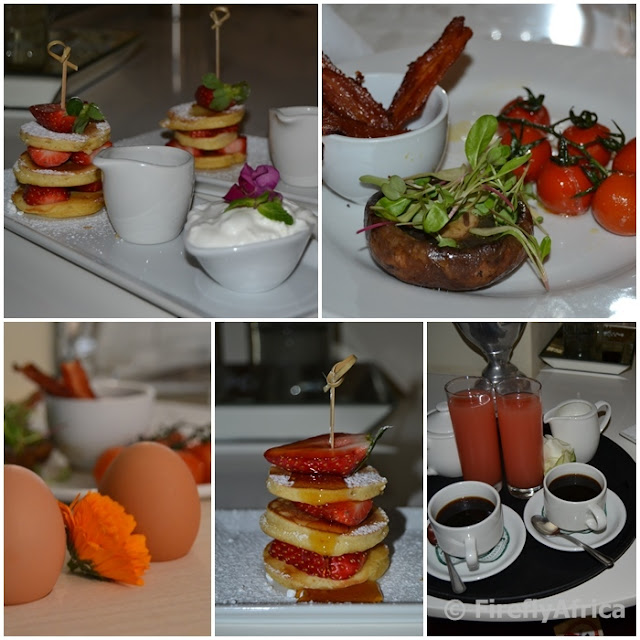 The first "course" consisted of crumpets with strawberries, syrup and cream along with our coffee which was followed fifteen minutes later by a warm breakfast and a message of "Take your time.  No need to rush and check out."  Just what we wanted to hear although the KidZ had phoned already to hear when we would be home...

Disclosure: I won the evening at The Plantation as a prize in a competition at the #ECMeetUp bloggers event so I didn't pay to stay.  There was absolutely no expectation from them for me to write a blog post, but how can I not after enjoying our stay so much?
Posted by Firefly the Travel Guy at 1:05 PM 1 comment: