The Bethulie Concentration Camp cemetery - a sad part of our history 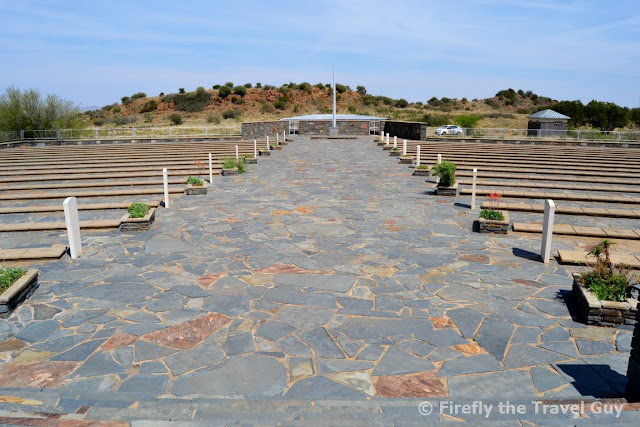 Bethulie in the southern Free State is one of those places not many people pass through as it's not really on any of the main thoroughfares going south (or north, depending how you look at it).  On my last trip up to Johannesburg I deviated off the normal route to see what this town on the banks of the Orange River is all about.  One of the things I found out was that Bethulie was the site of one of the most notorious concentration camps of the Anglo Boer War of 1899 to 1902.  I was shocked by the size of the Concentration Camp Cemetery Memorial and even more so when I saw all the names on the remembrance wall. 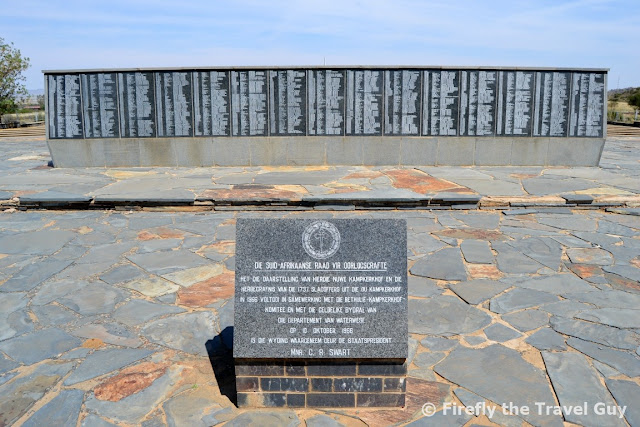 It turns out that even the English called the Bethulie camp "the hell camp" because of the shocking conditions Boer men, women and children were being held in.  The ravages of disease, starvation and extreme temperatures, enhanced by the bad administration of the camp, meant that the camp saw a death toll of 1 737 prisoners among its population of about 5 000 over the 13 months it existed between April 1901 and the end of the war in May 1902.  At one stage about 30 people a day was buried in the camp.  Truly shocking and it literally had me speechless as I stood reading the info around the memorial.

The original camp and cemetery was located much closer to the river back in the days but all the graves were relocated to this position when the Gariep Dam (called the Hendrik Verwoerd Dam back then) was constructed in the 1960's. 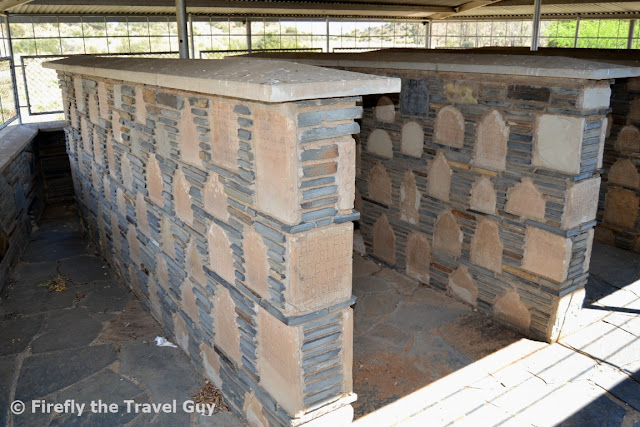 At the top end of the cemetery is an enclosed area containing all the original hand-carved sandstone headstones which were removed from the old cemetery.  They've all been set into three walls and having a closer look at the information on them you suddenly realise how many children were among those who had dies in the camp.  Unfortunately the gate was locked tight so I couldn't get a closer look at all of them,

I drove away deeply touched.  The Anglo Boer War was such a significant event in the history of South Africa and yet so many of us never get to visit sites like this because it's often off the beaten track.  So next time you're on the main drag down to the beach fro your summer holidays, why not set a day aside and take some of the back roads.  You will come away the better for it.
Posted by Firefly the Travel Guy at 3:27 PM