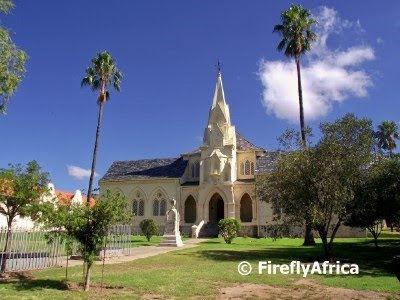 In July 1829, Dr. William Gill was appointed District Surgeon of the newly founded town and district of Somerset. Upon his death in 1863, he left the main portion of his estate to found and maintain an institution for higher education in the Eastern Cape. His will stipulated that no portion of the estate was to be spend on the purchase or erection of buildings. 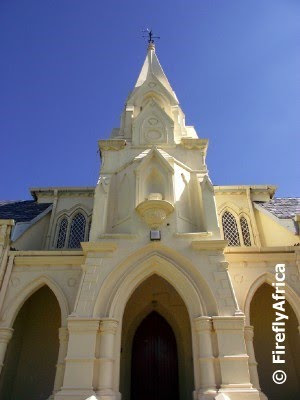 Consequently, Somerset farmers and townsfolk pledged that they would erect the necessary buildings. Gill College was opened on 18 March 1869. Dr Gill’s remains were transferred to the spot where he now lies in front of the College he endowed.

I have been checking the internet to see if the building in the photo is the Gill College Chapel which I think it is. I haven't found much, so that is how I state it till proven otherwise.