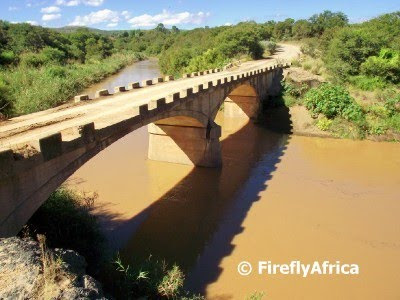 The Great Fish River is one of the great rivers of the Eastern Cape. It originates east of the town of Graaff-Reinet and, 644 kilometers later, flows into the Indian Ocean about 30km east of Port Alfred. Even though the river originates in the arid Karoo, it generally runs all year around. It is possible to use water from the Orange River (diverted through the Orange / Fish River Pipeline) to keep up the flow during dry periods. At the river mouth the river is tidal for a distance of approximately 20 km. 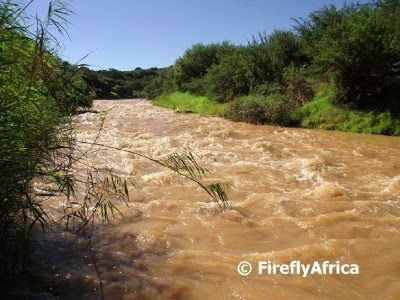 The Great Fish River is called "Great" to distinguish it from the Namibian Fish River. The bridge in the first picture is just behind the Karoo town of Middleton where both these pictures were taken. In the first picture the river is quiet and seemingly slow moving, but the second pic was taken barely 100 meters down stream.
Posted by Firefly the Travel Guy at 2:00 PM