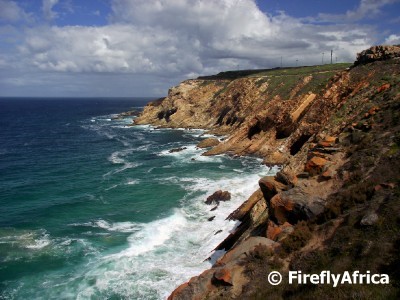 The coastline to the west of Cape St Blaze in Mossel Bay is made up of impressive cliffs looming about thundering surf and over time the elements has formed a series of caverns along this coast.  The early Khoi people took up residence in some of these caves and lived off the land and the ocean, surviving mostly on the abundant shellfish. 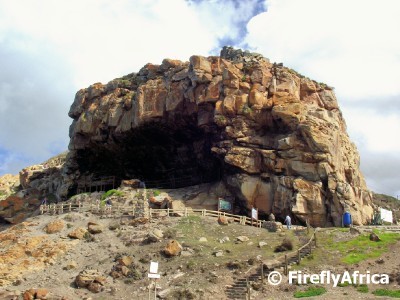 The biggest and most prominent of about 15 caves in the Cape St Blaze area is the St Blaze Cave just below the Cape St Blaze Lighthouse.  In the past the cave was also referred to as Bat Cave as thousands of bats used to live in at.  Looking about on my visit I think all the human activity has chased off the bats to another cave in the area.  The cave is 12 meters deep, 22 meters at its mouth with a roof 10 meters high and and is a popular public view and whale watching point in the town. 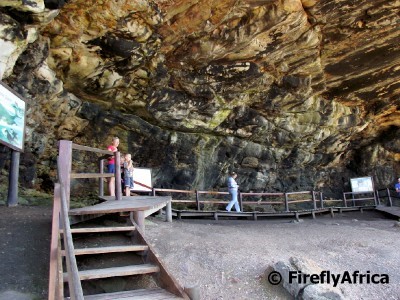 In 1999 the caves in the area were selected for excavation as part of The Mossel Bay Archeology Project. The excavations were especially successful in St Blaze Cave and Cave PP13B. They revealed evidence that early man lived along the Southern Cape coast 164,000 years ago and made use of marine resources for food.
Posted by Firefly the Travel Guy at 12:16 PM