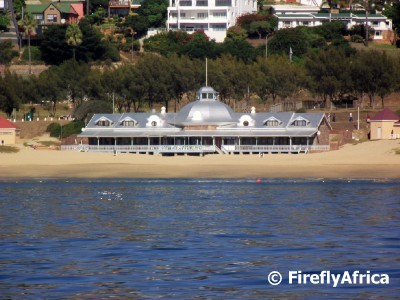 I often wonder how many people realise the significance of the Santos Pavilion on Santos Beach when they see it on their way through Mossel Bay.  This beautiful Pavilion is one of only two beach pavilions still in use dating back to Colonial times.  The other one is the famous Royal Pavilion in Brighton.  The Pavilion was built in 1916 after a local architect of the town travelled to Brighton to get ideas.  It was a very popular spot during the 1920's and 1930's as a social meeting place for the townsfolk who regularly gathered there to listen to the Band and to exchange news and gossip. 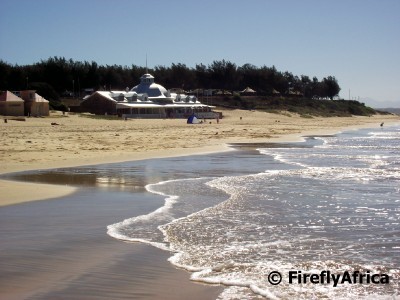 In l925 the then Prince of Wales even stopped by the Pavilion during his visit to South Africa.  Unfortunately a fire destroyed the roof and woodwork of the building in 1979 and the remains was nearly demolished.  The building was later taken over by a private company who restored it and today there is a restaurant operating from it.
Posted by Firefly the Travel Guy at 2:30 PM