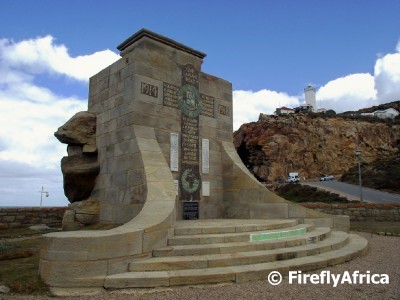 Just about every town seem to have a war memorial of some kind (I don't mean anything bad with that, I'm just saying) and Mossel Bay is no different.  This Mossel Bay War Memorial stands at the Point below the Cape St Blaze Lighthouse on the rock formation known as Frog Rock and was unveiled on 28 September 1928.  It was designed by W.J. Delbridge of the Royal Institute of British Architects (ARIBA) in the style of the art deco period and was probably modeled on the Cenotaph in London. 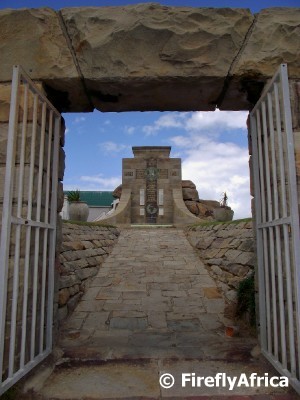 The cenotaph commemorate combatants from Mossel Bay who fell in the First and Second World Wars as well as in the Korean War, and in the South African Border War with Angola.
Posted by Firefly the Travel Guy at 2:30 PM