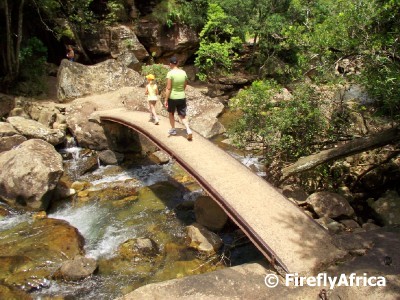 The Royal Family visited South Africa in 1947 and one of their stops was at the Royal Natal National Park which at that stage was only known as the Natal National Park.  The "royal" was added to the name following the 1947 visit. 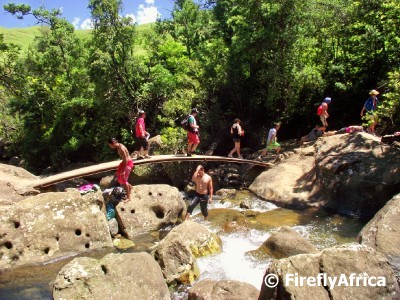 From the Mahai camp site you walk about 500 meters to the Cascades Waterfalls which acts as the camp's swimming area.  Just before getting to the Cascade there is a little bridge crossing the river.  The bridge is called the Queen's Causeway.  I haven't been able to find any information on the Queen's Causeway on the internet other than it being mentioned.  So here is my guess.  The bridge must have been built before the 1947 visit to enable the Royal Family to cross the river while walking up to the Cascade. 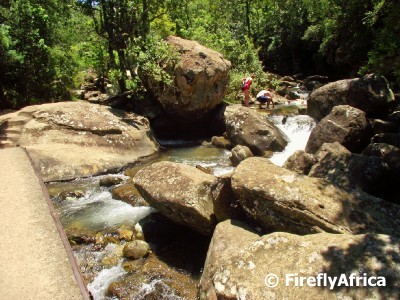 The view from the Queen's Causeway
Posted by Firefly the Travel Guy at 12:20 PM