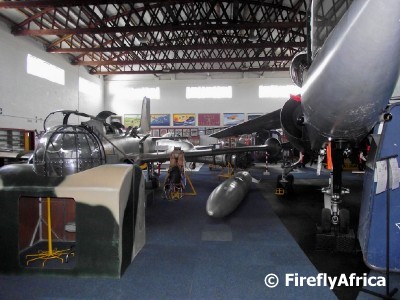 I took the kids for a visit to the South African Airforce Museum in Port Elizabeth recently and just realised again what a gem of an attraction it is.  The museum is housed in one of the old airport hangers behind the Port Elizabeth Airport and has a very nice collection of nine aircraft and helicopters as well as other memorabilia. 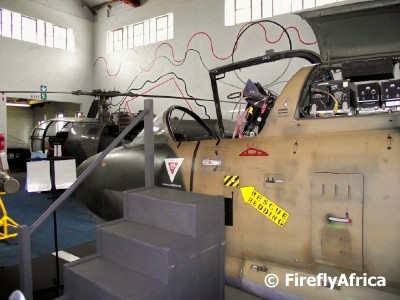 Visitors to the museum are invited to get into the Impala aircraft in the picture in a flight suit for photos at an additional cost.  Well, perhaps not an additional cost as the museum doesn't have an entrance fee and visitors are only asked for a donation.  They are currently also installing an flight simulator into their Mirage which will hopefully also go a long way to attract more feet through the door. 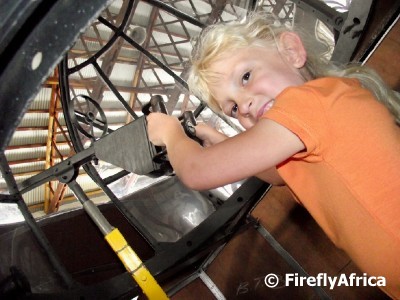 A recent addition to the exhibit is the replica of an aircraft gun turret which the Rugrats just loved. 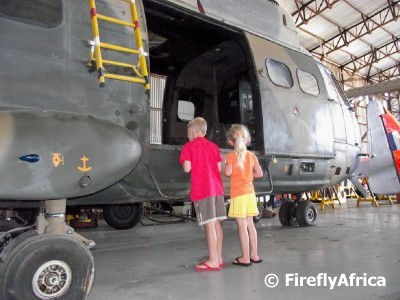 In the second hanger at the museum there is an outside company that runs an aircraft maintenance business.  Some of the museum's aircraft are also housed in this hanger and the kids could hardly believe thew size of the big helicopter on display.
Posted by Firefly the Travel Guy at 12:26 PM