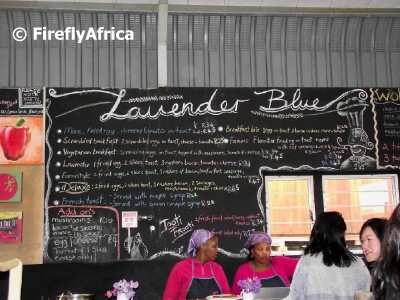 Day 3 of the Mini vs Maxi Adventure Across the Eastern Cape started with a hearty breakfast at the legendary Lavender Blue just outside East London for Team Mini.  Farm style breakfasts with orange juice all around and us intrepid travellers and then we were ready to head towards Grahamstown for our next destination. 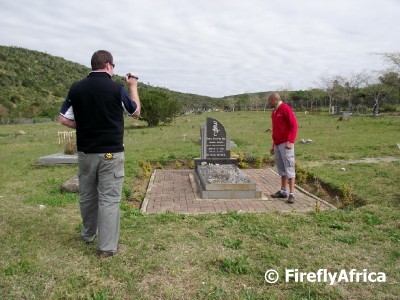 Driving through King William's Town we decided to incorporate some history and Xhose culture into our adventure trip and detoured to see the grave of Steve Biko just outside town.  Neil and I was wondering why there were a large number of little stones on the grave and Sisa continued to explain to us, and the video camera capturing our trip, how its part of the process of sending a soul on to the hereafter. Team Mini made one more stop heading east, pulling our sponsored VW Polo over for a view of the Great Fish River. 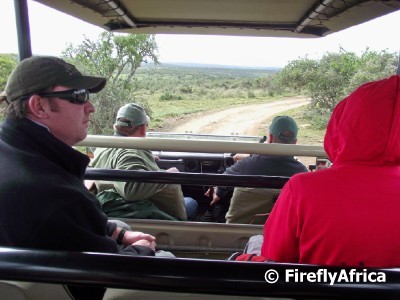 Our last destination of the trip was at Bucklands Game Private Reserve about 35 kilometers outside of Grahamstown for a couple of game drives, good food, comfortable accommodation as well as one or two other activities. 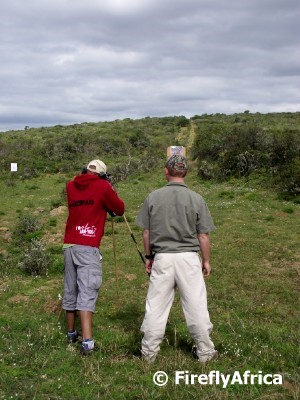 After our arrival we barely had time to put our bags down when we were whisked away for a firearm handling session.  Although its not an activity that they offer guests, they decided to give us an extra adventure seeing that both Sisa and myself have never handled a rifle.  We were taken to the reserve's shooting range where we got to handle a pistol as well as two of the rifles used by rangers for conservation and during game walks. 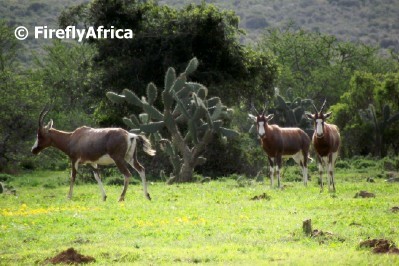 After shooting off a couple of rounds we went out on a game drive during which we had a number of stunning sightings, amongst others a couple of Aardwolfe after dark.  Other species included rhino, giraffe, zebra, kudu, impala and blesbuck (pictured above). 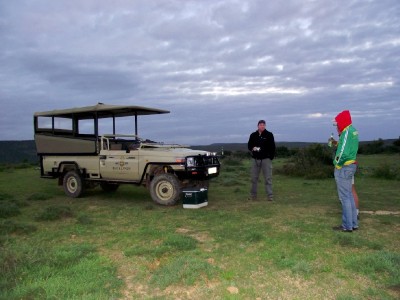 One of the highlights of any afternoon / evening game drive is stopping somewhere with a good view to see a real African sunset with a couple of drinks in hand.  This game drive was no different. 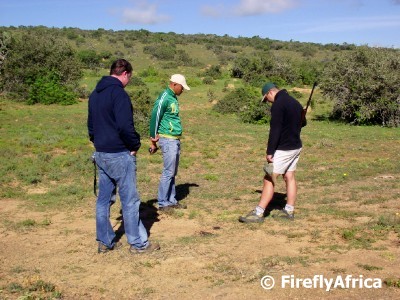 Day 4, our last day on the Mini vs Maxi trip, started with coffee and rusks before we headed out on an early morning game drive.  During the drive we had the fortunate opportunity to walk both giraffe as well as rhino.  By walking I don't mean walk with tame animals.  Walking an animal refers to disembarking a vehicle and approaching an animal in the veld or bush on foot.  The drive was followed by a big late morning breakfast.  After saying our goodbyes we headed back to East London to drop of Sisa before Neil (who has James Blunt tickets in PE for Sunday night) and myself took on the road back to Port Elizabeth.
Over the four days of the trip I just did a basic recap and description of the places we visited and activities we did.  Over the next few week I'm cover the activities we did in more detail and will also show of a number of the photos I have taken.
Posted by Firefly the Travel Guy at 10:49 PM