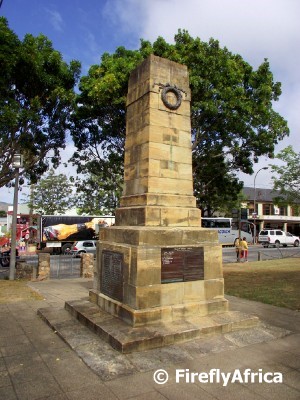 About a month or so ago I stated in a post on the Mossel Bay War Memorial that each and every town seems to have a war memorial of some kind. We spent a couple of day in the beautiful town of Knysna and I made sure that I stopped by the Knysna War Memorial during our visit to get a couple of photos to keep on proving my point. 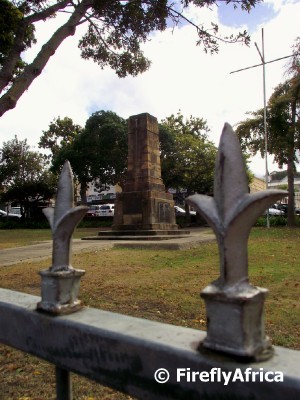 A subscription list was opened in 1921 by Herold Thesen to collect money towards the erection of a memorial to remember those who died in the service of their country.  The Memorial was unveiled in 1922 by Reverend Captain Alfred Duthie who was Chaplain to the Forces in Flanders and France during the First World War.  The memorial stands on Memorial Square in the centre of town right nest to the Main Street. 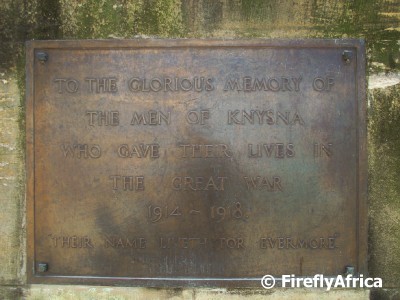 The Memorial not only contains the names of men from the town that had fallen during the Great War, but also plaques with the names of those who died during World War II and the Bush War.
Posted by Firefly the Travel Guy at 12:13 PM