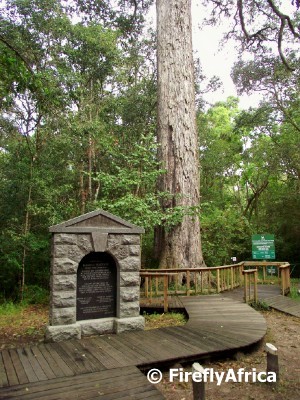 One of my favorite writers is the late Daleen Matthee and it is because of the 4 books she has based in the Knysna forest that I have such a fascinating interest in the forests of the Southern Cape.  All four of these books (Circles in the Forest, Fiela's Child, The Mulberry Forest and Dream Forest) takes place in the late 19th and early 20th century in and around the Knysna forest and have the old woodcutters as the central characters. 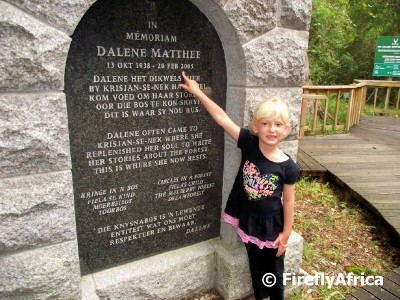 After her death in 2005 a memorial was put up at Krisjan-se-Nek in the forest.  It was one of her favorite spots and she often went there for inspiration while writing her books.  On our visit to the memorial Chaos Boy spotted the fact that she died on the same day that Drama Princess were born.  Perhaps part of her creative spirit even found Drama Princess that day. Who knows... 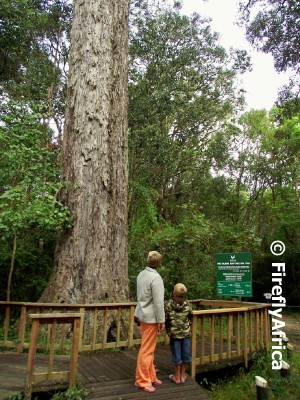 The memorial stands next to a 800 year old Outeniqua Yellowwood Tree which is now referred to as the Daleen Matthee Big Tree while the hiking trail starting at Krisjan-se-Nek has been renamed Circles in the Forest Trail after her best known book.
Posted by Firefly the Travel Guy at 12:30 PM