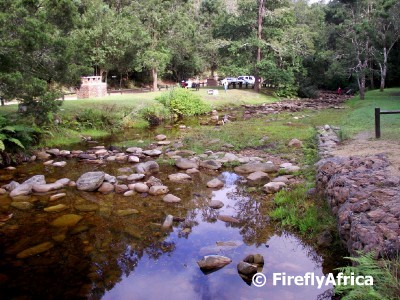 Most people visiting the Knysna forest normally head towards the Millwood goldfields northwest of Knysna.  Just after the Daleen Matthee Memorial the road passes what is arguably the most breathtaking picnic spot in the forest, Jubilee Creek.  It is situated next to a beautiful stream and surrounded by indigenous forests with shaded grassy areas to relax on. 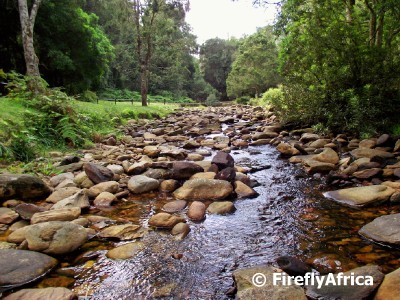 Gold was discovered in this part of the forest in the 1880's which sparked a gold rush into the area from not just South African diggers, but also from Australia, Britain and California.  Jubilee Creek was named in honour of Britain's Queen Victoria who had her Golden Jubilee in 1887, the same year the gold fields were officially opened. 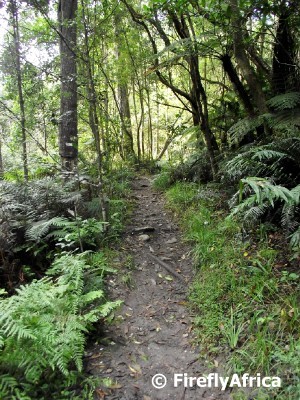 Upstream and downstream from the picnic site there was a lot of digging going on for gold and the 3,6km Jubilee Creek Mining Walk will take you through the forest to some of the remains of these digs.
Posted by Firefly the Travel Guy at 12:30 PM