I think I have said so before, but in case not here it is again. Port Elizabeth is part of the metropolitan area of Nelson Mandela Bay along with the towns of Uitenhage, Despatch and Colchester as well as all the surrounding country side. In the 1980's the area was known as the Detroit of South Africa due to all the motor industries in the city. Today we still have quite a lot of motor related industries in the metro. Both General Motors and Volkswagen has big plants in the metro while Ford has an engine plant. There are also various catalytic converter plants, tyre manufacturers like Continental, Firestone and Goodyear as well as many smaller component manufacturers. 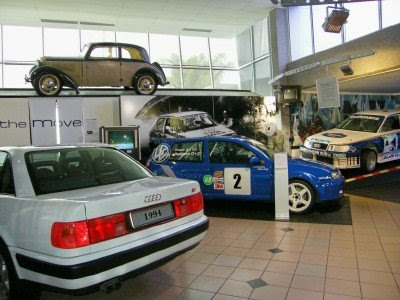 The VW factory is situated in Uitenhage, about 35km north of Port Elizabeth, and attached to the factory is the VW AutoPavilion. The AutoPavilion is a museum to the history of VW. The museum is a very modern one with a lot of activities and interaction. It has various exhibits of milestone cars like the last beetle to be produced in South Africa. 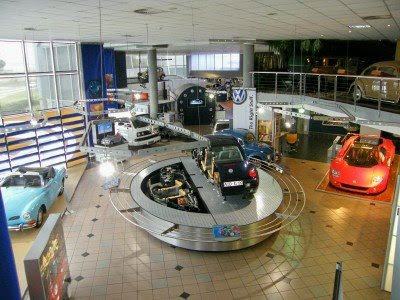 Some of the interactive displays are a racing simulator, a new VW Beetle being cut in half, general knowledge consuls and a green screen behind an old Beetle. The museum is well worth a visit for both young and old. In actual fact I have seen kids looking quite bored while the fathers were having a great time. I have had the pleasure to visit a couple of times and always enjoy the visit. I think its time for me to take Chaos Boy (I just need to tie his hands behind his back) to have a look at the cars.
Posted by Firefly the Travel Guy at 10:57 PM