We took the kids to Kragga Kamma Game Park on the outskirts of Port Elizabeth today. I used to go there quite often when I was a tourist guide, but hasn't been for nearly two years. Over the next few days I'll show some of the pictures I took and also give some information on the animals we saw. 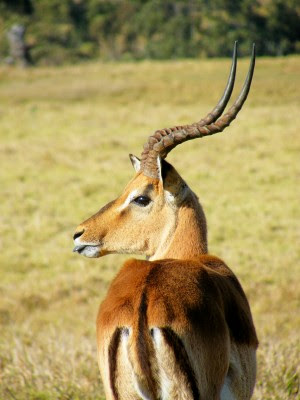 The impala is one of the dominant savanna antelope species. They are very unique in that they are both grazers and browsers. The Afrikaans name for them is "Rooibok" which refers to their red/orange colour. They have a black "M" on their backside prompting people to call them the McDonald's Buck - fast food of the veld. 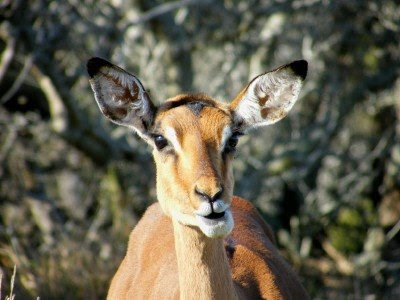 Impala are normally found in either breeding herds, consisting of females and one single dominant male, or bachelor herds consisting of males only. Males always have horns while females don't.
For more information on Impala, check out Wikipedia.
Posted by Firefly the Travel Guy at 3:54 PM