While visiting Janet and Mr P (Greetings from Gauteng) for lunch during my Johannesburg trip, I asked them for suggestions on things to do while in the area. Mr P suggested I look up Liliesleaf Farm close to Sandton. 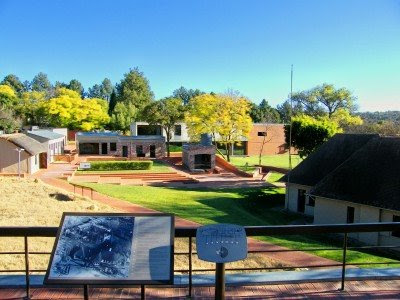 Liliesleaf Farm was purchased through an overseas contact of the SA Communist Party to be used in secret by African National Congress activists in the 1960s. A white family was put in the main house as a front while activists came and went pretending to be farm workers. It was here that many prominent African National Congress leaders were arrested, leading to the Rivonia Trial and many of these men going to jail for more than 20 years. 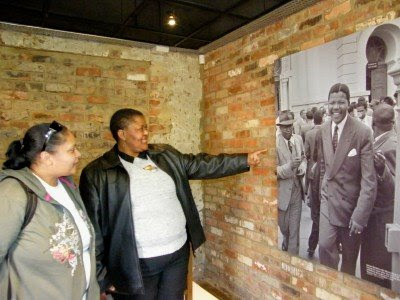 Nelson Mandela needed a safe place to operate from, and lived there under the assumed name of David Motsamayi as a worker in blue overalls employed by the owner to look after the farm. I stayed in a small room behind the house. Here our guide, Jacqueine Otukile, is showing my colleague Sadie around Madiba's room. 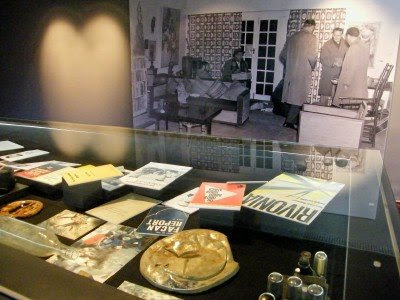 The property has only been open as a museum for the last year and contains many items and memorabilia from around the time of the events. 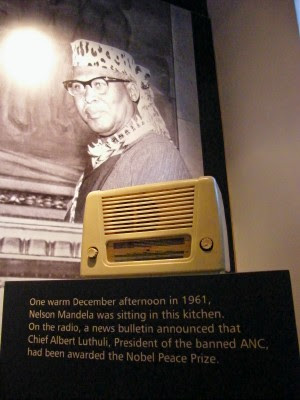 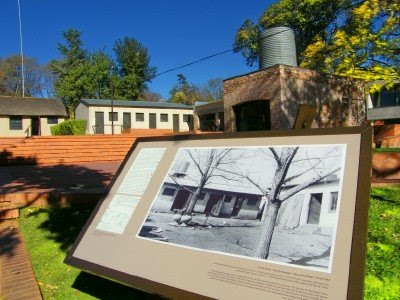 The buildings have been restored to their earlier condition with lots of photos on display which was taken after the police raid.
The visit was definitively one of the highlights of my stay in Gauteng. Unfortunately it seems that a lot of South Africans don't know of Liliesleaf Farm existence and most visitors are international tourists.
Posted by Firefly the Travel Guy at 6:46 PM