Today I had the opportunity to be a photographer at an event featuring the Minister of Tourism. For most of the event I used the camera of the company I work for, but I did get a couple of shots with my own one as well.

The Minister of Tourism, Marthinus van Schalkwyk, visited Port Elizabeth today to launch Nelson Mandela Bay's 2010 Visitor Information Centres (VICs). The three world class visitor and tourism centres will form part of the legacy project for the 2010 FIFA World Cup South Africa. The VIC's are being rolled out in five host cities, namely Port Elizabeth, Polokwane, Nelspruit, Rustenburg and Bloemfontein. Port Elizabeth's is the first set of Visitor Information Centres to be completed. The three centers are situated at the Donkin Reserve, Port Elizabeth Airport and the Boardwalk Casino and Entertainment Centre. Nelson Mandela Bay Tourism also has a fourth VIC in Uitenhage.
To read more about the event, visit MyPE for the whole story. 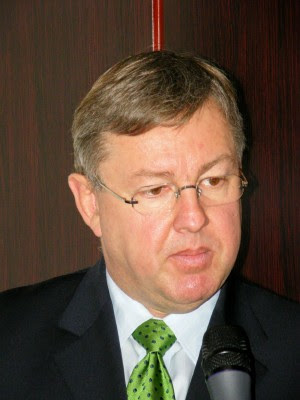 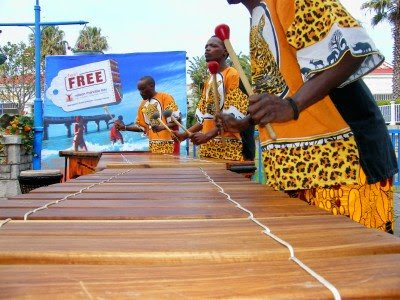 Entertainment by the drummers of African Drumbeat 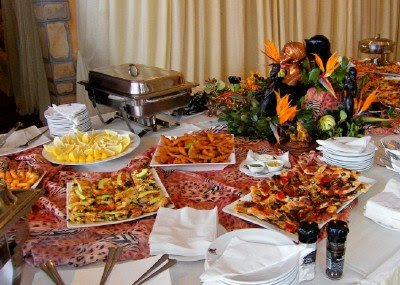 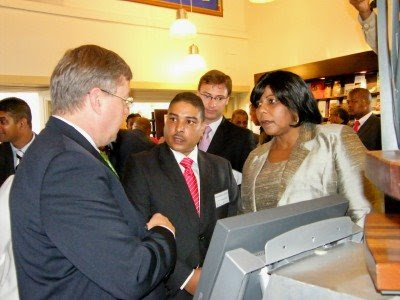 The Minister (left) and Mayor Nondumiso Maphazi (right) being showed how the touch screens in the VIC work by one of the consultants (middle) in charge of the upgrade
Posted by Firefly the Travel Guy at 9:47 PM