Today I want to feature two signs that I photographed in Cape St Francis to the west of Port Elizabeth. 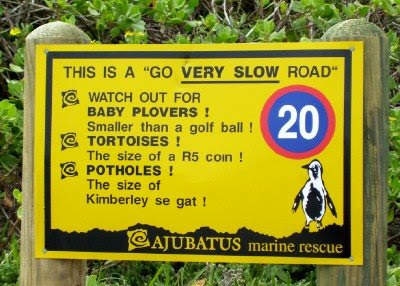 This one was put up on the little dirt road leading to the Seal Point Lighthouse. It was put up by the Ajubatus Marine Rescue group who has their centre next to the lighthouse. Just for those who don't know Afrikaans, "gat" means hole. Kimberley se gat refers to the Big Hole diamond mine in the town of Kimberley in the Northern Cape which is the world's biggest man made hole. 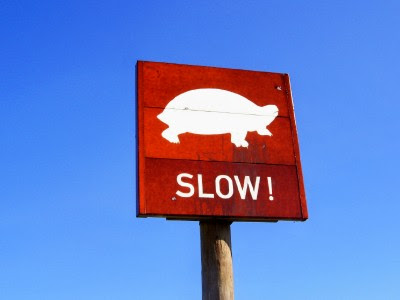 To this one I can only say:"DUH!"
Posted by Firefly the Travel Guy at 9:10 PM