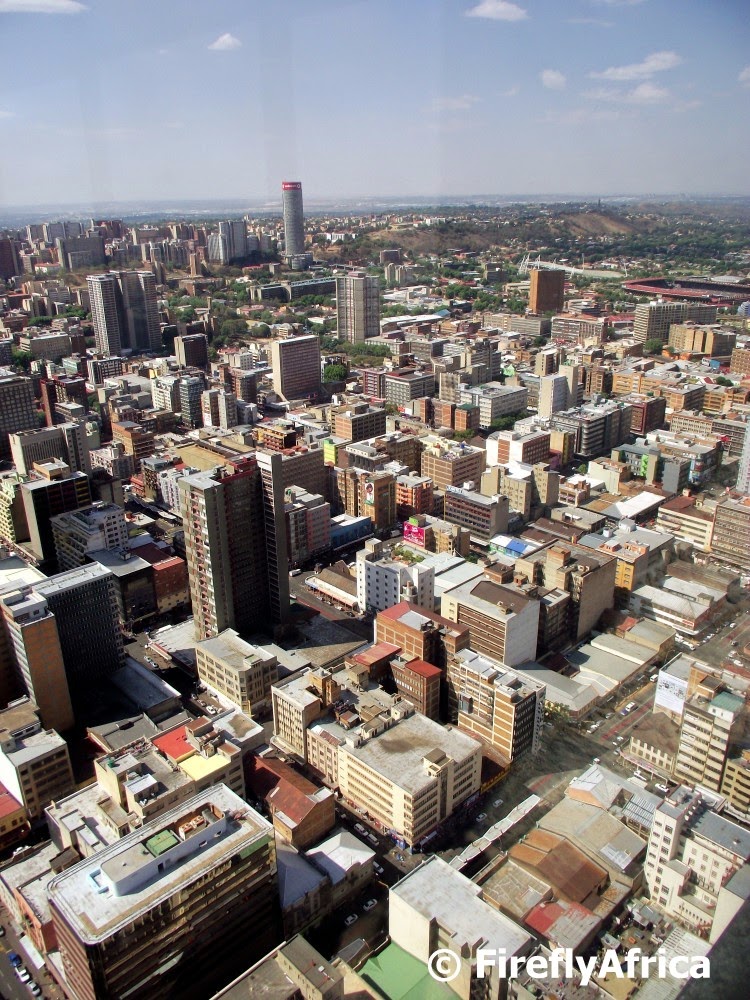 I got to say "I'm on top of the world". Well sort of.  At least I can say I was on top of the tallest building in Africa.  Exploring Johannesburg on the City Sightseeing tour I was quite keen to visit the Carlton Centre in downtown Jozi.  Time allowed it and I hopped off along with a couple of my fellow travelers to head up, up, up. 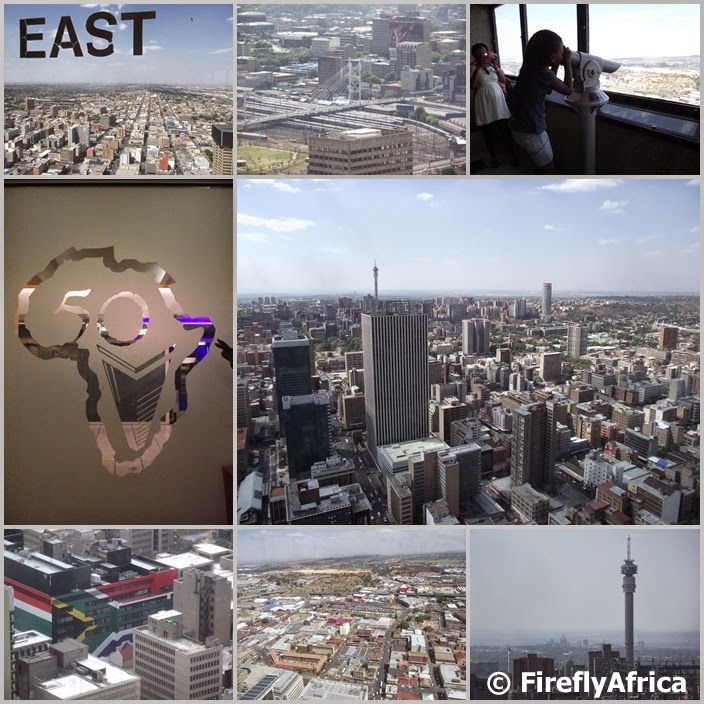 The great part of being on the City Sightseer tour is that they have a guide permanently based at the Carlton Centre who takes you through the shopping centre and up to the top.  Entrance tickets are only R15 per person and the trip up the express elevator to the 50th floor literally takes seconds.  Once at the top the guide took us around showing us the 360 degree view down, and I mean literally down, onto Joburg.  The Carlton Centre is the tallest building in Africa (I think I've said that already) and once the tallest building in the southern hemisphere.  It stands 223m high and was built between 1967 and 1974.  The view is absolutely magnificent and the guide comes in very handy as he points out all the interesting landmarks as you move around the viewing windows.  A great perk of the open bus tour.  He also makes sure that you get back down and to the bus stop before the next bus comes by.  I have to be honest.  If I didn't go on the tour I probably would never have had the opportunity to do this so just another great reason to get your ticket for a City Sightseeing Joburg tour when you are in the City of Gold.
Disclosure: I was in Johannesburg as a guest of the Tourism Grading Council of South Africa as one of the judges of the Lilizela Tourism Awards.
My tour with City Sightseeing Joburg was organized by Gauteng Tourism.
Posted by Firefly the Travel Guy at 1:06 PM