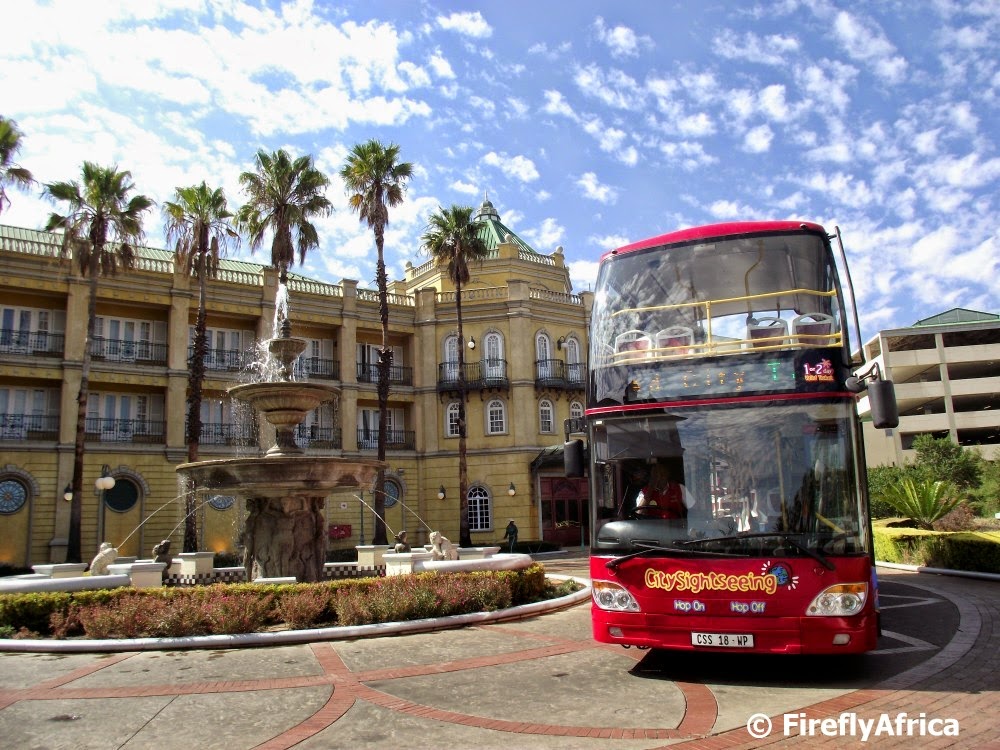 My visits to Johannesburg have always been ones of in and out, with very little sightseeing connected with it.  Wham, bang, thank you ma'am.  This means that I always look at the Joburg travel bloggers' blogs with longing wanting to see the places they write about.  A two day trip to Johannesburg meant that I had some time on my hands to explore and a couple of calls later I had a reference number in my hand to join City Sightseeing Joburg for a tour of the city.  City Sightseeing Joburg offers tours in their red open top buses along a set route and at scheduled times.  This would allow me the freedom to get off and explore along the way, knowing what time the next bus came by to hop back on.  The starting points for the tours are the Gauteng Park Station and Gold Reef City while there are a total of 12 stops along the way where you can get off and visit an attractions or go for a bit of a walk. 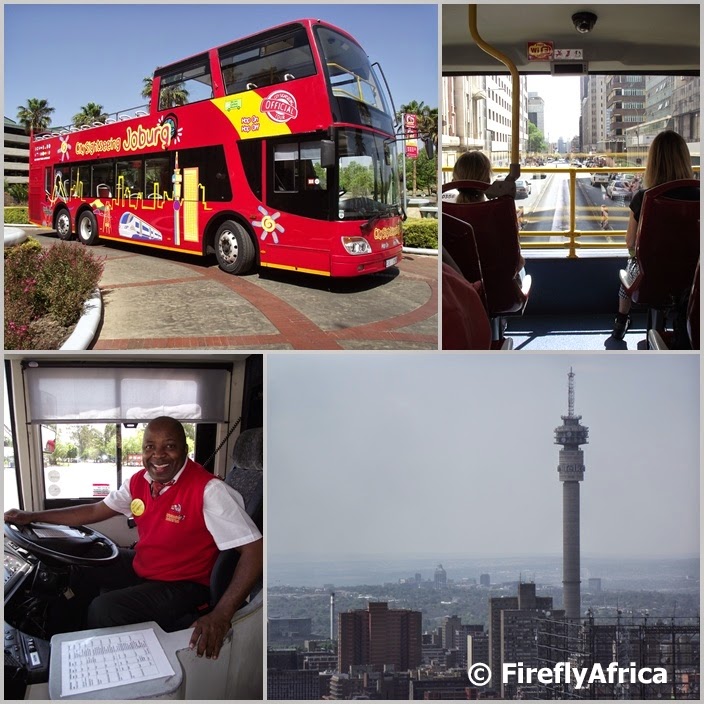 I was on the red eye flight from Port Elizabeth to Jozi and as soon as I got my car I headed over to Gold Reef City in the hope that I would be in time to catch the first bus of the day.  Pulling into the parking lot on the hotel and casino side I spotted the red bus and seeing that I had 5 minutes before departure I headed straight to it.  Eugene, the driver, met me with the biggest smile of the day.  During the day I landed on his bus another two times and he had that smile every time I saw him.  He printed out my ticket, gave me a brochure showing the route and, more importantly, the time table and offered me a pair of earphones to listen to the on board commentary.  This all while asking me where I was from and giving me some advise on what I just had to see during the day and some timing tips.  The Commentary by the way is done in 16, yes your heard right, 16 languages.  When it was time to get going I took a seat upstairs, popped the earphones in my ears and made use of the on-board wifi to tweet my first picture of the day.  The first of many to come.  The commentary is very informative but not overwhelming.  They tell you everything you need to know and what you see along the way without giving you information overload. 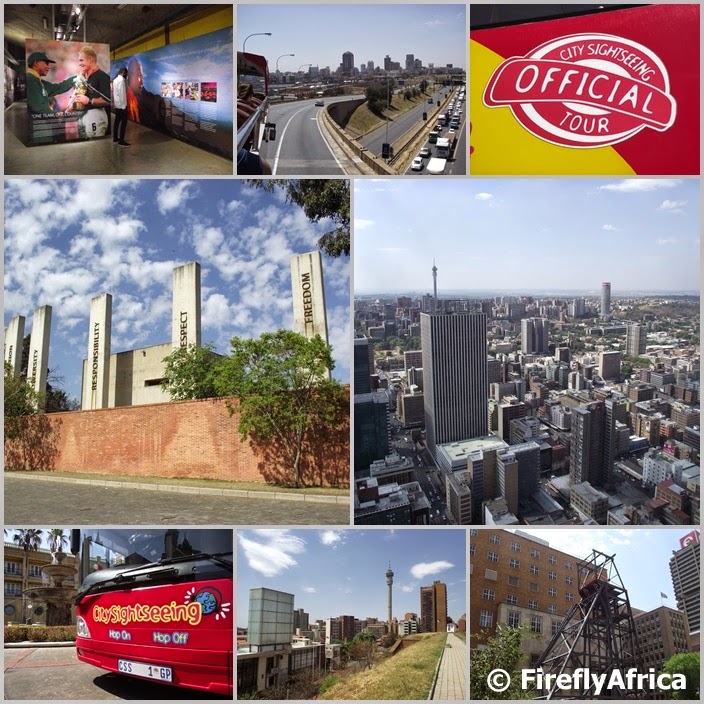 It was impossible to get off at every stop but I knew what I wanted to do.  My first stop was at the Apartheid Museum where Gauteng Tourism had organized entrance for me along with permission to take photos inside the museum.  One can probably spend half a day in the museum, but two hours later I was outside waiting for the next bus while checking all the photos I took.  I will do a photo blogpost about my visit to the museum shortly.  My next stop was in the mining district where I took a walk around to look for a couple of Geocaches I new was in the area.  Too many muggles around meant I came up empty handed and I nearly missed the next bus when I saw it driving towards the busstop which was a good 400 meters from me.  A flat out run and a waving arm caught the driver's attention and he waited for me at the stop.
I gave Newtown and the Wits University Origins Centre (this one I'll definitively visit some time in the future) a miss and got off at Constitution Hill where entrance was also organized for me.  Unfortunately the lady at reception didn't know I was coming and to quote her, "If I don't know you're coming then it wasn't organized."  Not the friendliest reception.  She eventually agreed to find out who knew about my visit but 30 minutes later when I went to ask her if she had found anything out yet her answer was, "What did you want again?"  I immediately walked out and boarded the next bus.  Very sad that I didn't get to see what I am told is a very special place, but it also meant I would now have time for a visit to the Carlton Centre.  The Carlton Centre is the tallest building in Africa and the passengers who got off was met by a guide from City Sightseeing and we were taken to the observation deck at the top of the building.  The view from up here is literally a bird's eye view and I will write about it in another post as well.
Unfortunately for me the hotel I was staying at wasn't at Gold Reef City so I had to head back towards my car so that I could go and check in before getting ready for the Lilizela Awards I was in town for.  I was very happy with what I got to see and learn, but I will have to come back to visit Newtown and Maboneng at some stage as these two areas are now at the top of my "Joburg to do list".  After this day I can say with conviction that City Sightseeing Joburg is the best way to explore Johannesburg without any worries of getting lost, getting all the info you need and feeling safe and secure.
Disclosure: I was in Johannesburg as a guest of the Tourism Grading Council of South Africa as one of the judges of the Lilizela Tourism Awards.  My tour with City Sightseeing Joburg and visit to the Apartheid Museum was organized by Gauteng Tourism.
Posted by Firefly the Travel Guy at 1:00 PM