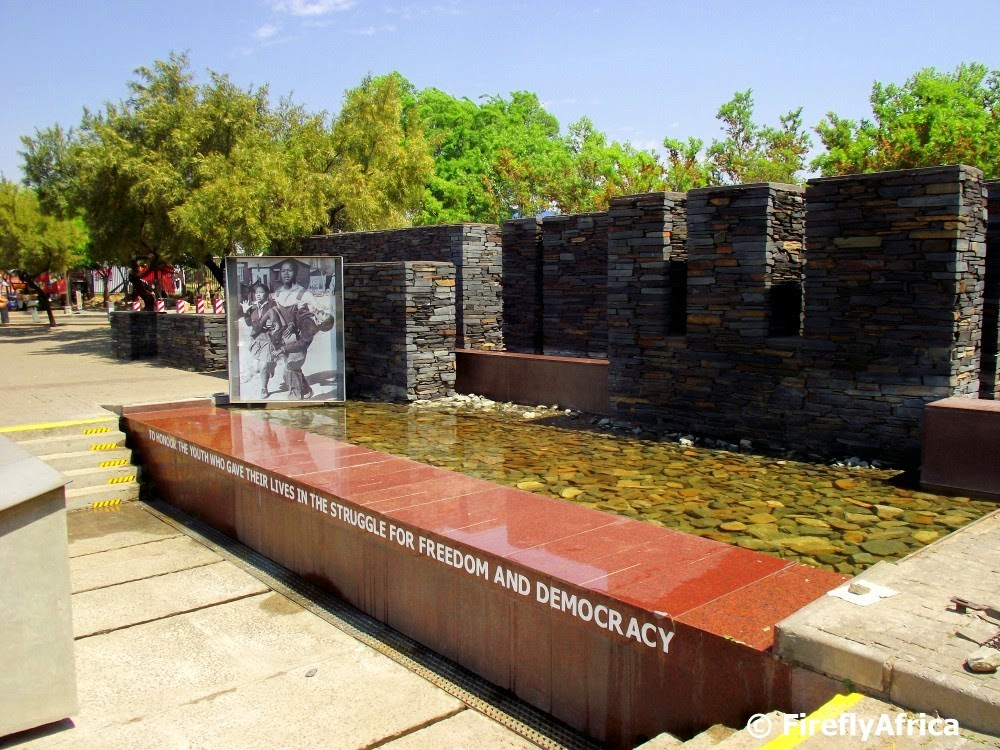 The Hector Pieterson Memorial is one of Soweto's iconic sites and a popular stop on a tour of the township.  The Memorial along with the Hector Pieterson Museum is situated in Orlando West and commemorate the role of the country’s students in the struggle against apartheid.  The site is just a few blocks from where the 12-year-old Hector Pieterson was shot on 16 June 1976 during the Soweto uprising when high school students from the township took to the streets in a peaceful protest against the mandatory use of Afrikaans as a language of instruction in black secondary schools.  The iconic photograph of Pieterson’s body being carried by high school student Mbuyisa Makhubo, with his sister, Antoinette Sithole, running alongside, became a graphic representation of repression under the apartheid regime.

I've been to the memorial and museum before but got to visit again while on a City Sightseeing Tour of Soweto.  This time around I gave the museum a skip due to time constraints but the memorial is definitively a must see stop when in Soweto.
Posted by Firefly the Travel Guy at 5:19 PM