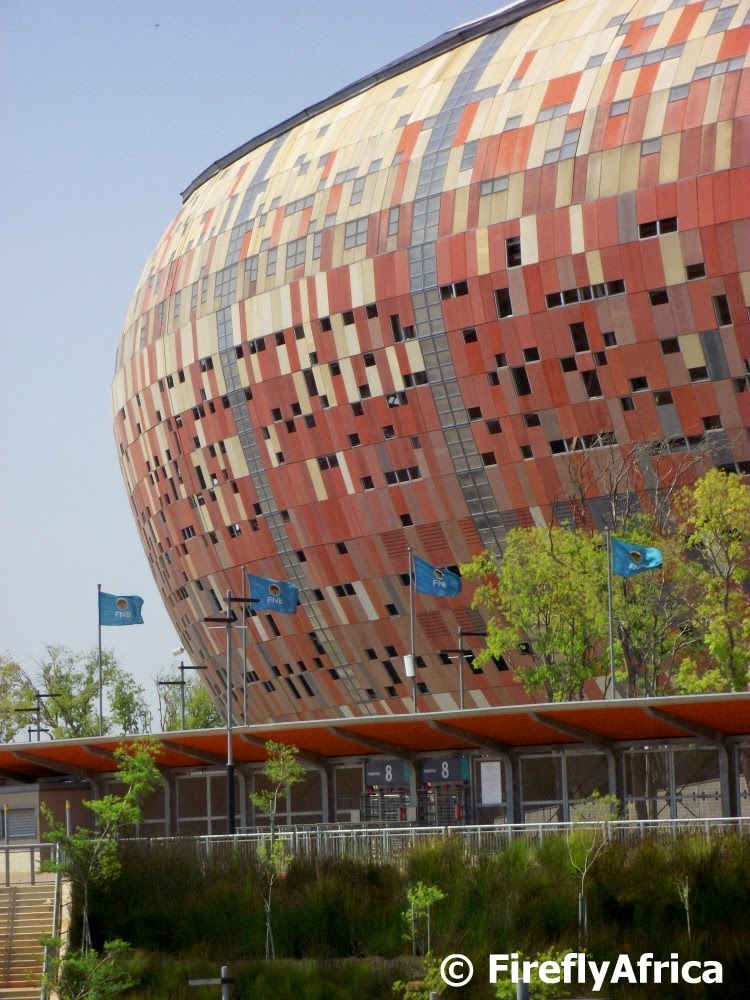 If you are into soccer (or football as they call it in Europe), then you would at least have heard of the FNB Stadium.  Also called Soccer City and The Calabash, the stadium is seen as South Africa's main soccer venue and is situated next to Soweto in Johannesburg.  The stadium has a capacity of 94 736 making it the largest in Africa.  Significantly it was the site of Nelson Mandela's first speech in Johannesburg after he was released from prison in 1990 while it also hosted a massive memorial service to him after his death.
The stadium was designed to look like a calabash, or African clay pot, from the outside.  The cladding on the outside is a mosaic of fire and earthen colours and at night there is a ring of lights around the bottom of the structure which makes it look like there is a fire underneath the pot.
The stadium hosted the finals of both the 2010 FIFA World Cup and the 2013 African Cup of Nations but has also played host to major rugby matches and many top music concerts.  I've never had the privilege to go to a match at the FNB Stadium but its a little difficult being based over 1000 kilometers away.  Perhaps some day though.
Posted by Firefly the Travel Guy at 9:07 PM