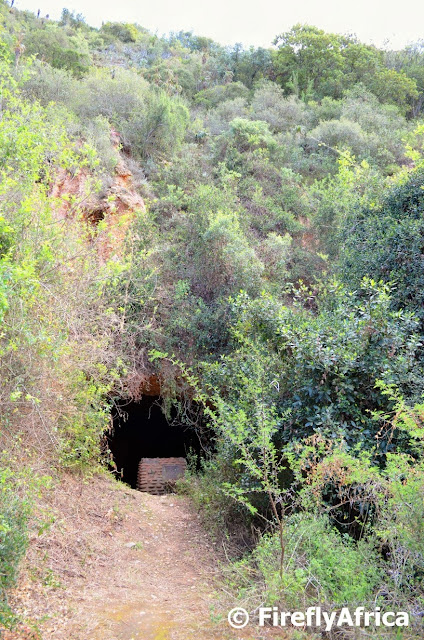 Every little town has its interesting sites to visit, being it historic, natural or man-made.  Often visitors pass through without ever knowing about these places and in most cases they slowly become forgotten to all but a few.  One such site in my opinion is the Phillip's Tunnel in Hankey in the Gamtoos Valley.  There is a sign on the main drag through town but in most cases visitors are heading towards the Baviaanskloof and doesn't even notice it.  The road to the tunnel leads through the town's township, over the Gamtoos River and then past some farmlands.  The turnoff from the dirt road takes one up to the tunnel, a yawning mouth in the hillside.  Don't get me wrong, there isn't a huge amount to see.  But what is there is worth seeing, specially if you are into historic sites. 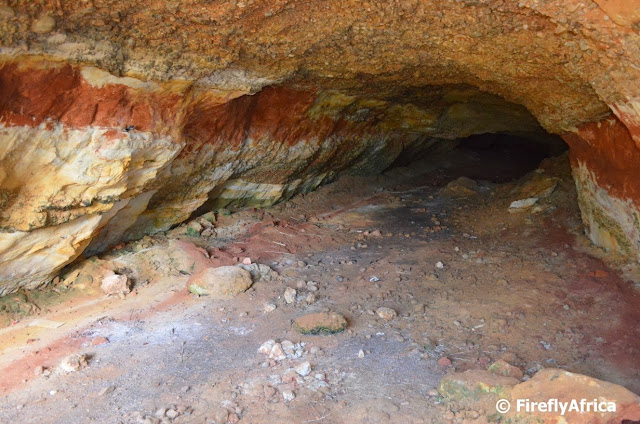 Hankey was started as a mission station on behalf of the London Missionary Society by Dr John Phillip.  The main purpose was to grow corn and mielies for the mission station at Bethelsdorp as well as to carry out evangelistic work in the valley.  Dr Philip's son, William Philip, came to the mission station in 1841 and during his time there the area experienced a serious water shortage.  The best way to get water from the Gamtoos River to the settlement's farmland was to dig a tunnel through the cliff that stood in-between the two.  A formidable task indeed but not one that put William off in any way.  In 1843 he started the project with the help of Khoi labourers and in just more than a year they completed the 228 meter tunnel.  William drowned in the river just after the official opening of the tunnel which was used for over a century.  These days the tunnel is no longer in use because of irrigation canals criss crossing the valley and but has been declared a national monument.
Posted by Firefly the Travel Guy at 4:20 PM