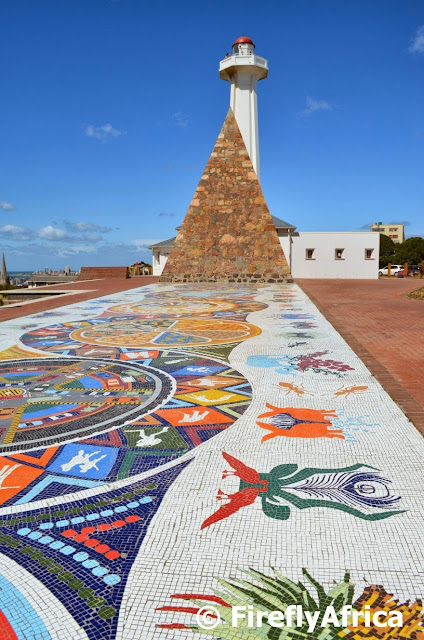 Route 67 around the Donkin Reserve in Port Elizabeth has brought a new angle and attraction to urban tourism in the city.  The numbers 67 relate to the 67 years that Nelson Mandela spent in public and the whole project consists of 67 art pieces.  Most of these are public art pieces centred around the Donkin Reserve in the hearty of the city and forms an important part of urban renewal in the city.  One of the art pieces is a 470 square meter mosaic next to the Donkin Pyramid which celebrates the city and province's many cumtures, heritages, diverse histories and abundant fauna and flora.
Posted by Firefly the Travel Guy at 1:00 PM