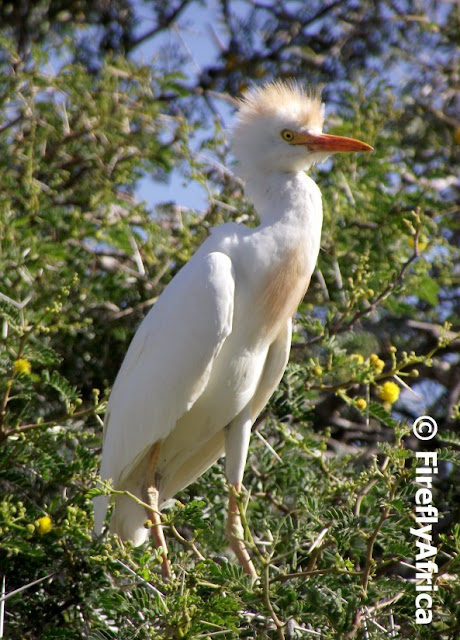 A cattle egret sitting in a sweet thorn tree at the Leidam in Montagu.

The cattle egret is family of the heron, but unlike herons it feeds in relatively dry grassy habitats.  You often find them accompanying cattle or other large mammals since they catch insects disturbed by these animals.  They are referred to as tick birds because they also remove ticks and flies from cattle.  In the breeding season they nest in colonies, and as was the case with the one in the photograph, usually near bodies of water and often with other wading birds.  The nest is a platform of sticks in trees or shrubs.
Posted by Firefly the Travel Guy at 12:30 PM