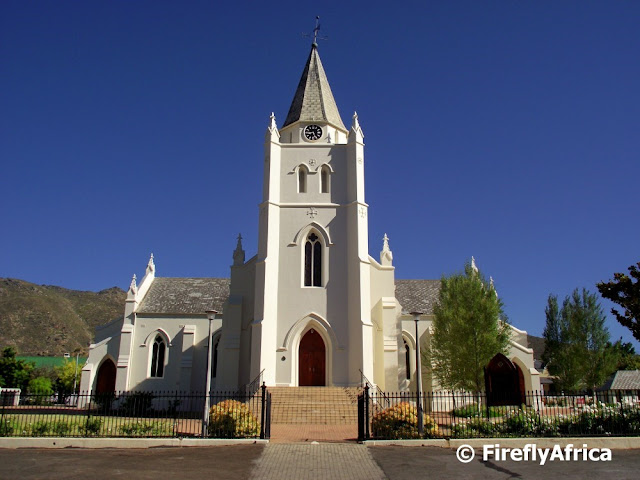 The little town of Montagu in the Western Cape truly is a gem of a town with beautiful old buildings, lots of history, fruit, mountains and nature all around.  Montagu was founded in 1851 on the farm Uitvlucht.  The town was named after John Montagu, the British Secretary of the Cape, who was responsible for the building of the Cogmans Kloof Pass that opened up the town for passing trade.  One of the most significant buildings in the town is the historic Dutch Reformed Church.  The Neo-Gothic style church was completed in 1862.  It used to be painted white, but residents were complaining that they were being blinded by it reflecting too much sun.  It was then decided to paint it the creamy yellow it still is today. 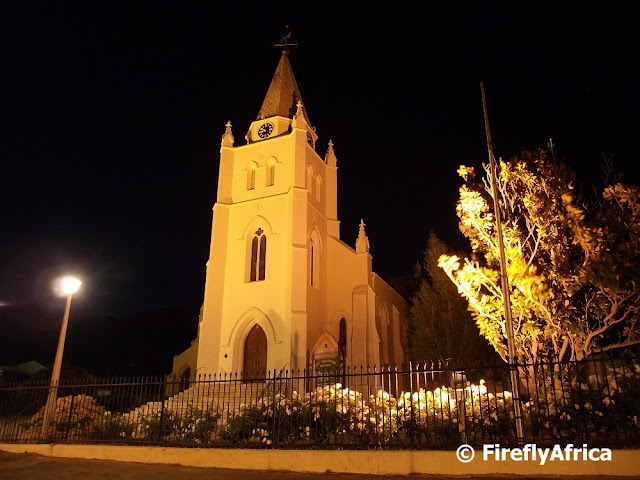 I was curious to see what the church looked like at night, so popped down for a look one evening.  Impressive.
Posted by Firefly the Travel Guy at 12:30 PM