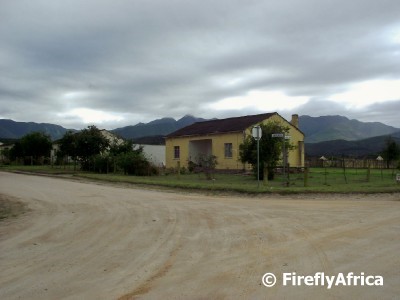 I know that the photos in today's post isn't the most scenic, but I wanted to end off the posts about Knysna's miners and woodcutters of the last couple of weeks where it all ended for most of those woodcutters.  The woodcutters eked out an existence in the Knysna forest for about 200 years, frequently exploited by greedy businessmen interested only in their own wealth.  Even though it was a miserable existence it was the only one most of these people ever knew and for this reason they never wanted to have it any other way. 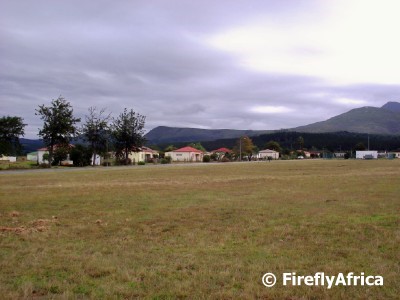 In 1939 the forests were closed to protect them from being completely destroyed and the majority of the woodcutters were "pensioned off" to an area known as Karatara.  Karatara lies perched atop the plateau just north of Sedgefield and approximately 30km west of Knysna.  Today it is surrounded by farmland and breathtaking indigenous forests, but back in the days the woodcutters felt like they have been banished to some far off desolate place. 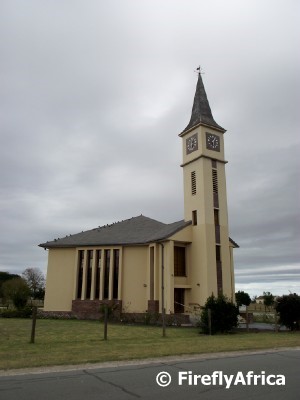 Karatara is still home to many of the descendants of these woodcutters and is a beautiful and undeveloped little town where many of the old original buildings can still be seen.  The morning of our visit was a bleak and cloudy one which added to the atmosphere I felt all around me.  Although the town may not be an unhappy one these days (except for the normal problems small towns like this has), I just felt the sadness of the days back when the woodcutters were forced to relocate here.  That's what you get when you live yourself into the books you read and I really lived myself into Daleen Matthee's forest books.
Posted by Firefly the Travel Guy at 12:30 PM