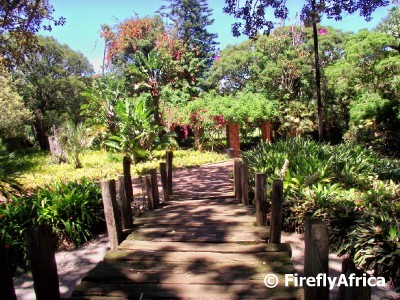 St Georges Park is said to be the oldest proclaimed park in South Africa.  The park was officially opened on 6 August 1861 to commemorate the 1 year anniversary of the visit of Prince Alfred, the second son of Queen Victoria, to Port Elizabeth.  The park can be explored via the various paths running through it. 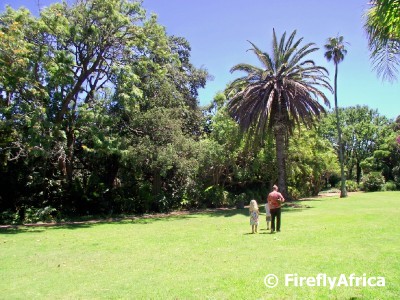 It has the potential to easily become a botanical garden like the one in Kirstenbosch in Cape Town.  The paths take one through large shady areas covered in trees that has been around since the early days of the park, while open grassy areas are ideal for picnics and kids to play in. 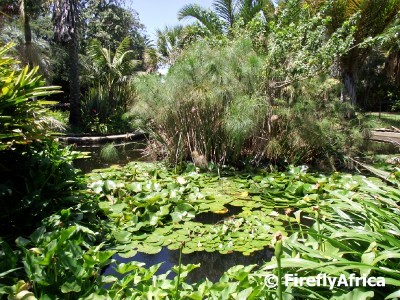 Slap bang in the middle of the park is a big fish pond and standing there quietly I spotted a number of monster koi (or I hope that's what they were). 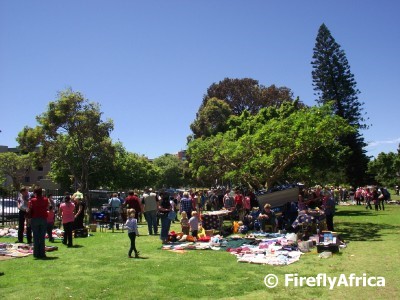 Except for the park section itself, St Georges Park is also home to the famous St Georges Park Cricket Ground, the PE Bowling Club (South Africa's oldest lawn bowling club), the historic Pearson Conservatory, St Georges Park swimming pool and the St Georges Cemetery (one that I actually haven't visited - note to self) amongst others. Every first Sunday of the month Art in the Park also takes place in the park.
Posted by Firefly the Travel Guy at 2:00 PM