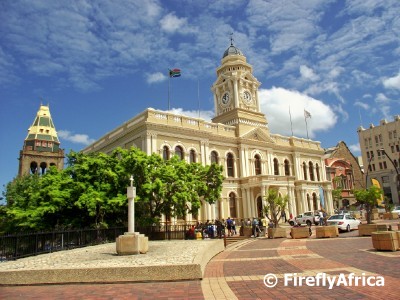 The Port Elizabeth City Hall is one of my favorite historic buildings in the city.  What makes it even better is that it is surrounded by a number of other historic buildings.  The City Hall stands in the Port Elizabeth city centre on Market Square.  In the photo the Old Post Office is visible on the left while the two buildings on the right are the Feathermarket Centre and Plein Huis.  In the foreground is a replica of the cross planted in the bay by Bartholomeu Diaz in 1488. 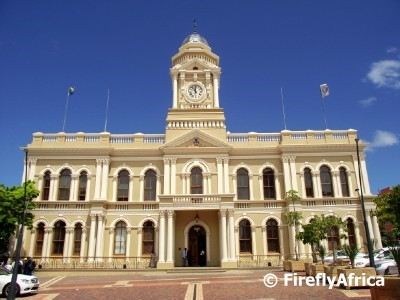 The beautiful city hall was built between 1858 and 1862 from the design of Robert Archibald who became the city's first Town Engineer in 1860.  Unfortunately the city hall was gutted by fire in 1977 and a number of paintings, including the only portrait of Elizabeth Donkin, was destroyed.  The building was fully restored and reopened in 1981. 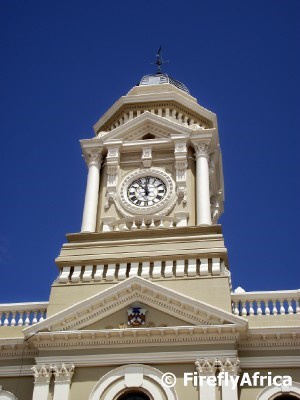 The city hall was originally built without the clock tower which was added on in 1883.
Posted by Firefly the Travel Guy at 2:00 PM