Today I want to continue showing off some of better known monuments and historic buildings in Port Elizabeth. 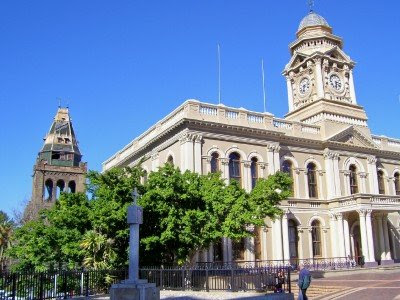 Situated on Market Square in the historic heart of the city is the Port Elizabeth City Hall. Completed in the 1862 and with the clock tower added on in 1883, the building burned down in 1977 and was restored to its former glory shortly after. The tower sticking out behind belongs to the Old Post Office, opened in 1900, while the cross in the front is a replica of the cross planted by Bartholomeu Dias in 1488. 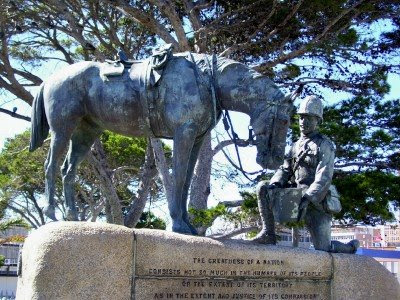 Probably one of the best known monuments in the city, the Horse Memorial was erected in 1905 in rememberance of the horses and mules that died during the Anglo Boer War (1899 - 1902). Port Elizabeth was the main port of entry for the British forces and the thousands of horses that were used by the British during the war. 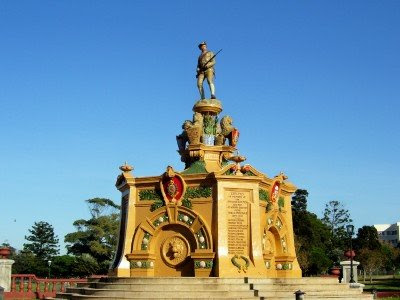 The Prince Alfred's Guard Memorial is a monument to the memorary of men from the guard that died during four different wars around South Africa. It is situated in St Georges Park and is actually a large ornament on top of a water reservoir. 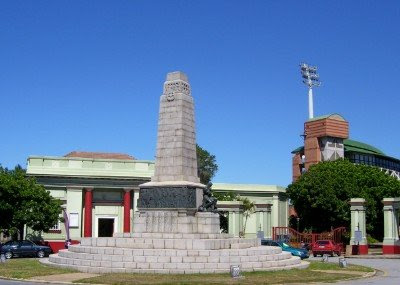 The Cenotaph in front of the Nelson Mandela Metropolitan Art Gallery (previously known as the King George VI Art Gallery) was put up to commemorate those men from Port Elizabeth that died during the First World War. The men who fell during the Second World War was also later added to the list.
Posted by Firefly the Travel Guy at 9:49 PM