The area between Port Elizabeth and Cape Town is known as the Garden Route. The specific area stretches from Mossel Bay to the Tsitsikamma, but PE and CT are seen as the two gateways to the area. The reason it is called the Garden Route is not because of fancy manicured gardens but because the area truely is nature's garden. The area consist of beautiful coastlines, mountains, forests, lakes and popular holiday towns. The Garden Route is seen as one of South Africa's main tourist routes and destinations. 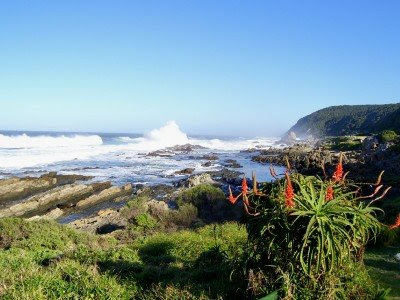 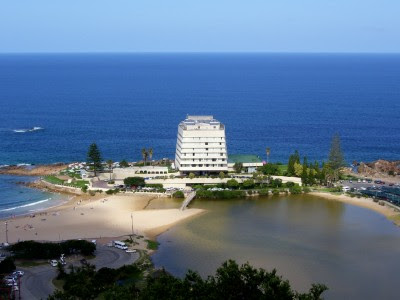 Plettenberg Bay is seen as a millionares' playground and is a very upmarket town on one of the most beautifull bays on our coastline. The town is flanked on the one side by the Keurbooms lagoon and on the other side by Robberg peninsula. One of the main landmarks of Plett is the Beacon Isle Hotel. 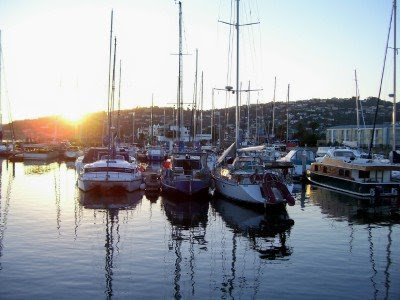 Twice voted South Africa's favourite town, Knysna is the most popular town on the Garden Route. Wedged between the lagoon and the forests, Knysna has a big population of artists and hence loads of galleries, studios and curio shops. The Knysna lagoon is the main feature of the town and one of the most popular activites to do is to take a ferry ride from the Knysna Waterfront to the Knysna Heads. 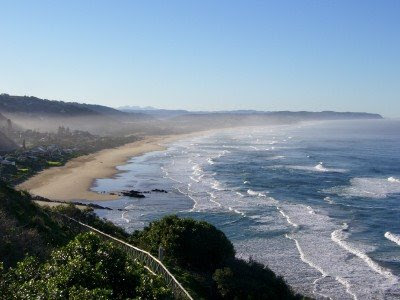 Wilderness is a quiet spot situated on a long stretch of beach. I have always said that if my boat had to come in, I would like to retire on the hillside overlooking Wilderness. The town is a good central spot to use as a base to explore the area. 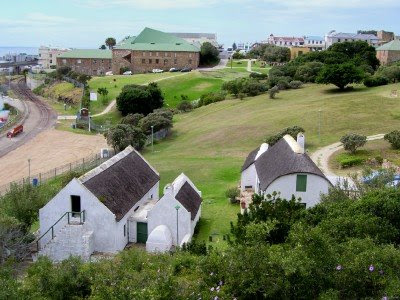 Mossel Bay is the last town you get as you go west before hitting the farming areas of the Overberg. It was voted South Africa's favourite Town in the last competition is has just about any activity possible in a 100 kilometre radius. You can do everything from Shark cage diving to quad biking on a game reserve in the area. One of the main attractions of the town is the Dias Museum complex pictured above. Amongst others it houses a lifesize replica of the boat Bartholomew Diaz sailed around the Cape with in 1488.
Posted by Firefly the Travel Guy at 10:06 PM