Rock painting tour in the Baviaanskloof 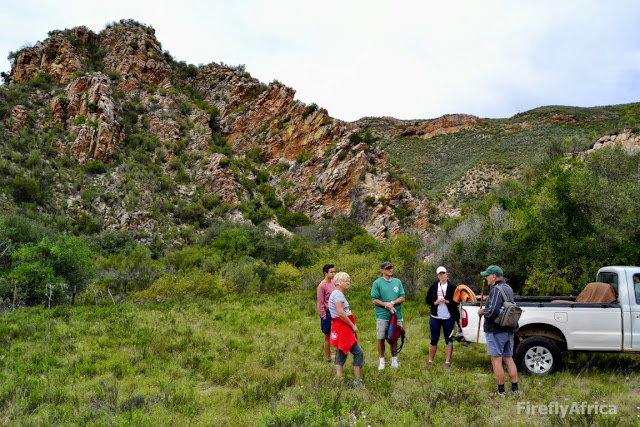 The Baviaanskloof is an UNESCO World Heritage Site representing the Cape Floral Kingdom but it could just as easily also have been one because of the KhoiSan history and heritage that is found here.  Spending a relaxing weekend at Baviaans Lodge I learned that there is quite an important rock painting site on the property.  The extra bonus was that Alan Fogarty of Alan Tours, probably one of the top nature guides in the Eastern Cape, was spending the weekend at the lodge as well and he offered to take us and a couple of other guests up for a look. 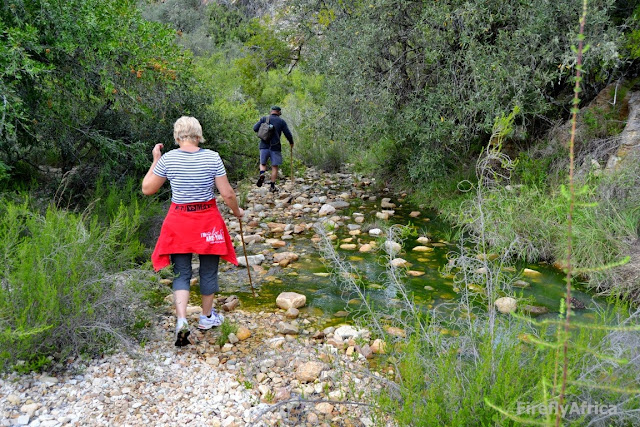 After a bit of an adventurous ride on the back of Baviaans Lodge owner Rob le Roux's bakkie, we got to where we had to continue on foot.  Alan led the way with the rest of us in tow.  With Alan there it became so much more than just a hike to see rock paintings.  It became a real life moving lesson in nature and everything around us. 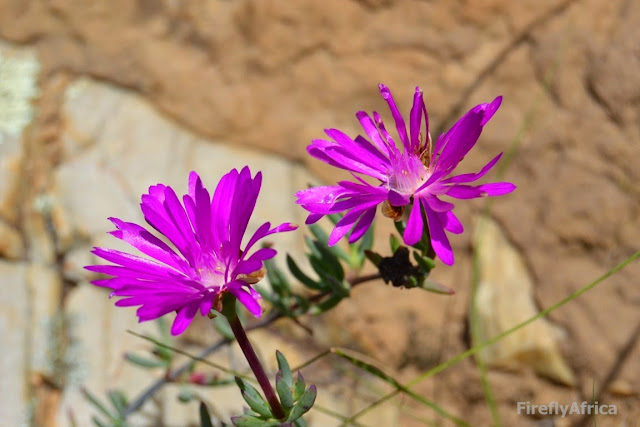 I made sure that I walked at the back of the group as I kept stopping for photos.  Plus I knew Alan would stop every few meters anyways and that he did, pointing out different plants and explaining their names and what they would have been used for. 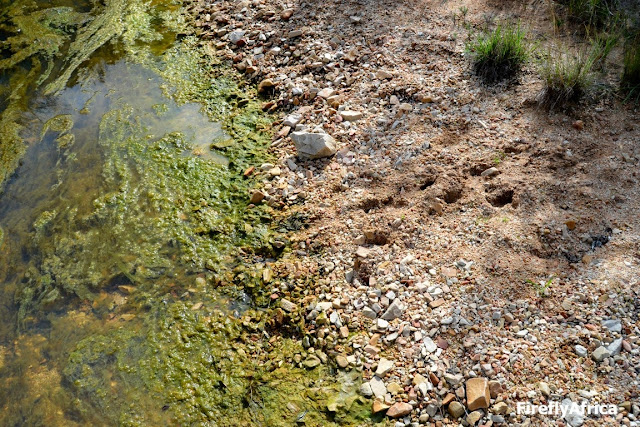 We crossed a stream a couple of times and Alan pointed out that there was a small herd of kudu on the trail in front of us.  How did he know because we sure couldn't see them?  Each time we crossed the stream there were fresh tracks in the sand on the other side.  The proof that it was fresh was that the sand and rocks were wet from where they splashed through. 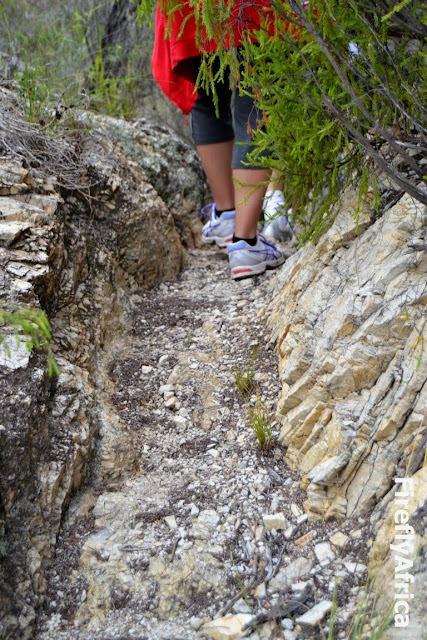 At one stage we crossed over a rocky outcrop and Alan pointed out the ancient footpath over the rocks.  A path carved out by human and animal feet over eons. 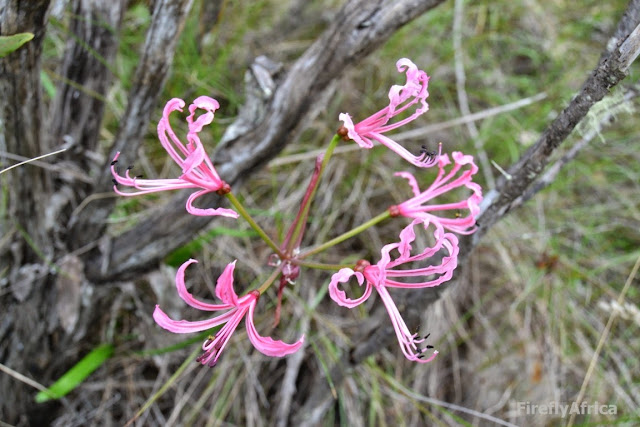 I can't remember for the death of me what the pink flowers we found were but I don't know why some kind of wild orchid keeps popping into my head. Beautiful regardless of what they are called. 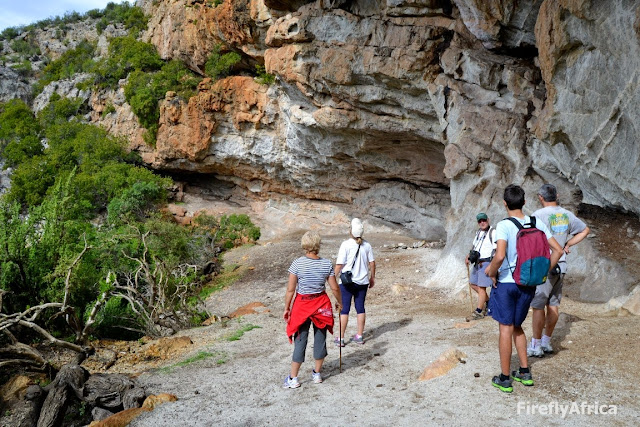 After a steepish climb we got to the overhang, facing north and slightly sheltered from the prevailing westerly's. Wow, what a view but we were here for something more.  Rock paintings. 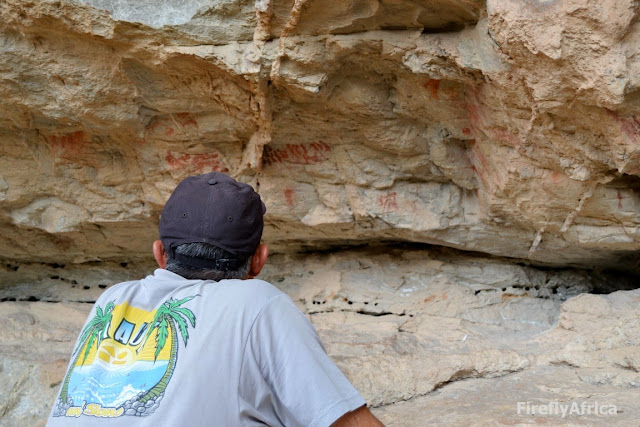 The main rule when at such a site is NO TOUCHING!  It is amazing how many rock art sites have all but been destroyed by people touching and even worse, adding their own graffiti to the rocks.  This site though is immaculate with the drawings easily accessible and visible. 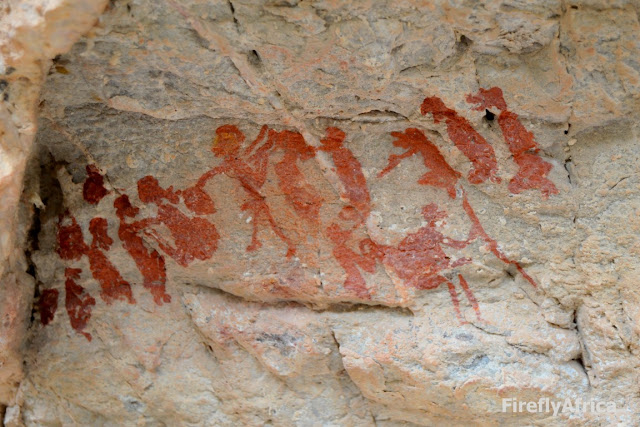 Alan explained what we were looking at but most of it is nothing more than guesses as it's often difficult to translate what the shaman would have been drawing while in trance.  This specific drawing was very interesting.  It looked like people coming out from behind a rock on the left and being met by other people.  If you look at the faces of the characters it looks very much like those coming out have sad looks on their faces while those meeting them look happy.  They also seem to be carrying bundles with them.  Visitors from afar perhaps? 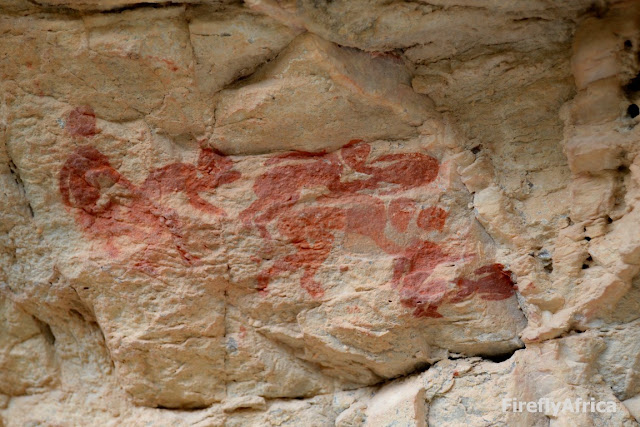 This drawing, if I remember correct, was on the other side of the rock and showed human and fish characters entering a crack behind the rock. 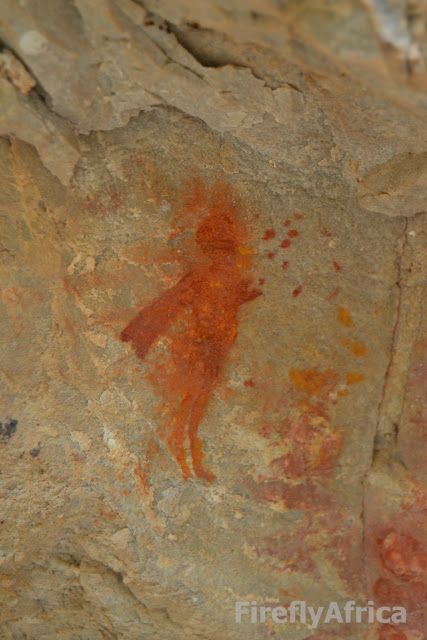 Probably one of the most interesting drawings is of this character which looks like it's wearing a cape.  It also looks like he is shooting something, perhaps energy, from his hands or alternatively drawing it towards himself. 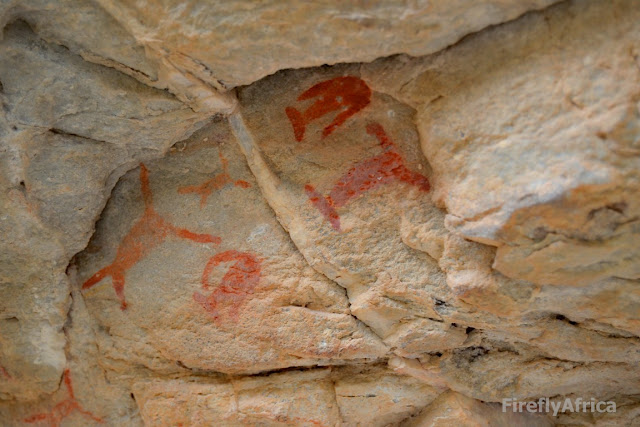 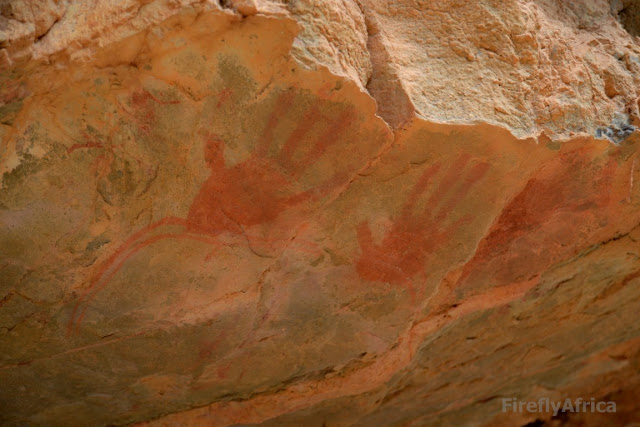 The other paintings there were lots of were hands.  Wish we could know more about these drawings and what they represented without just guessing.  I'm sure there are a lot more to learn from sites like this throughout the Baviaanskloof.  Interestingly, the only mummy every found in southern Africa was found not too far from here in 1999.  The mummy, named Moses, was dated to be about 2000 years old.  The male mummy is thought to be an ancestor of Khoisan people on the way it was buried.basis of the burial method.  The stomach contents indicate that his last meal consisted of wax berry and honeybush.  The find, although not as spectacular, are compared to some of the most important mummified finds in Egypt.  I do believe that if there is one there would be more so one day there may be more significant finds to be made in those mountains.  Makes me wonder what if I persuade wanting to me an archaeologist when I was younger.


Disclosure: We enjoyed our visit and tour as guests of  Baviaans Lodge and Alan Tours.  I received no further remuneration, wasn't asked to write a positive post and keep full editorial control.
Posted by Firefly the Travel Guy at 1:00 PM