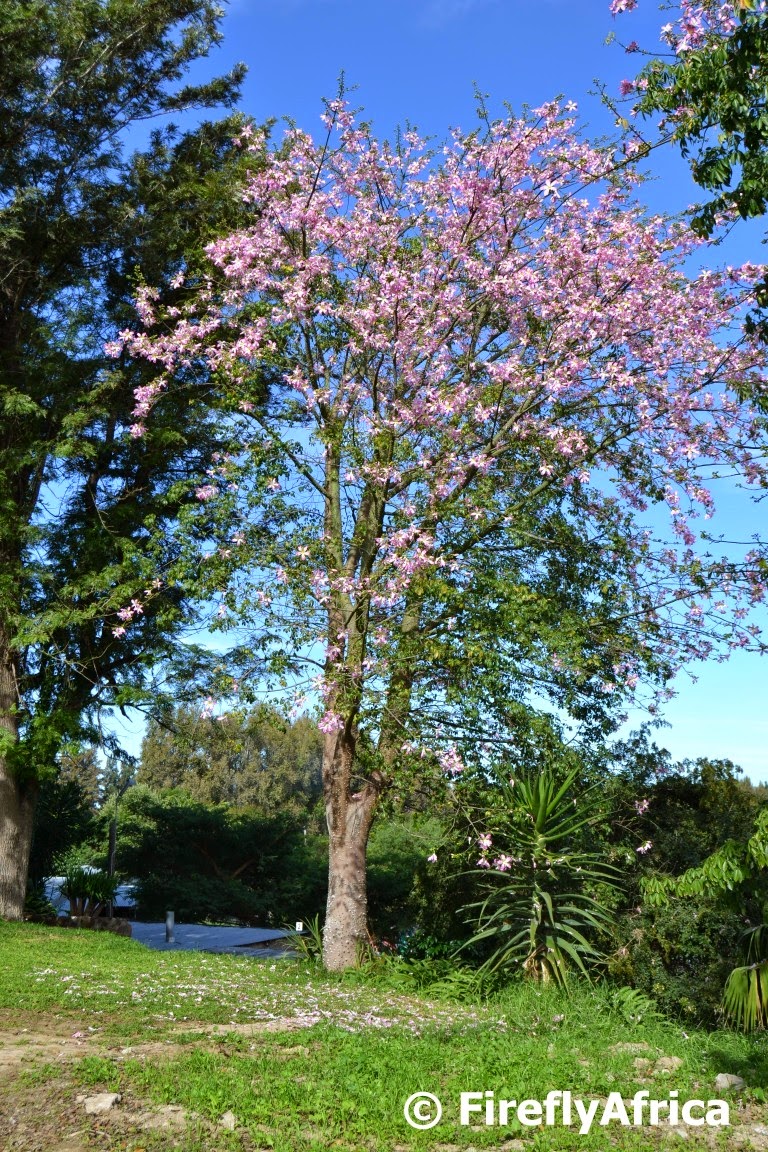 Since I started blogging nearly 7 years ago, the post that has received the most attention wasn't some exotic location, epic once in a lifetime animal photo or mind blowing sunset.  It was a post about a flowering Kapok Tree.  Up to now it has received over a whopping 20 000 page views.  I've been wanting to do another post but the problem was that I haven't had another chance of encountering one while it is in flower and having my camera on hand.  A camping weekend at Sitrusoewer outside Kirkwood in the Eastern Cape was my chance.  There were a couple of trees above the campsite and one afternoon I took my camera for a walk and snapped a few pics. 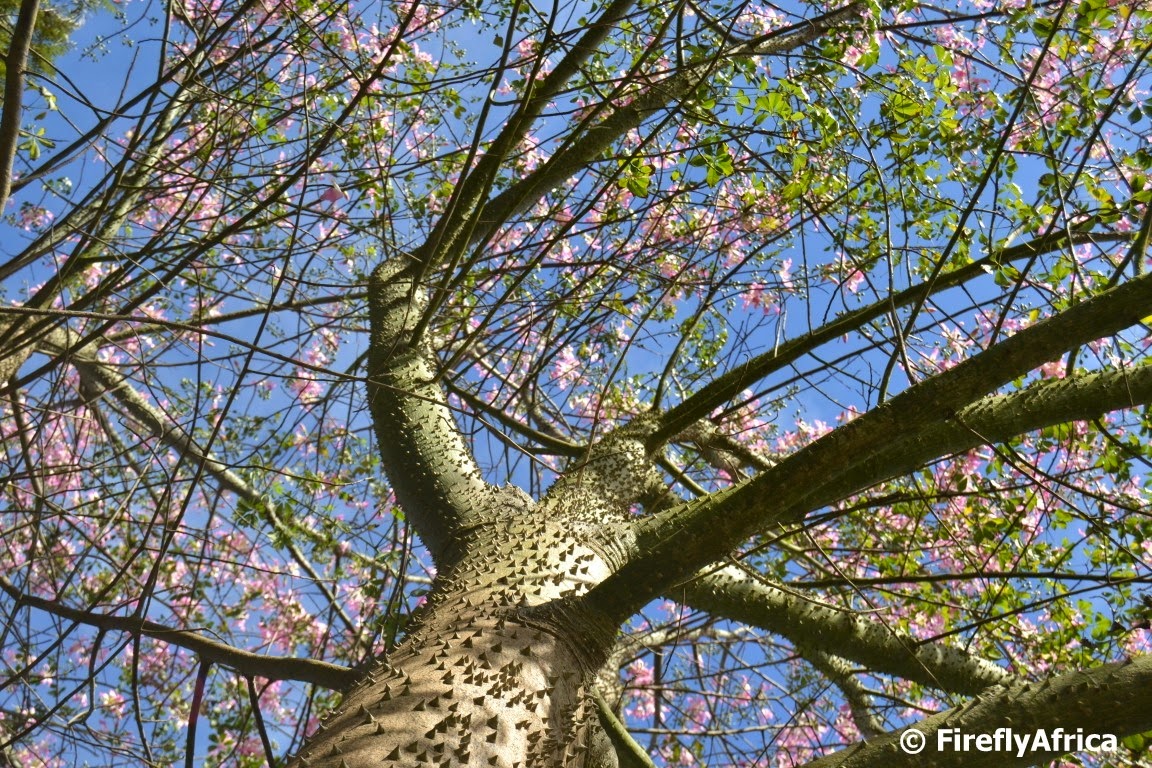 I had a few people tell me on the other post that the tree in the post isn't a Kapok Tree.  A little bit of research and I came to the conclusion that there are actually five or six different types of tree that is known as the Kapok Tree.  Other than this specific tree (which I will get to just below), a Kapok Tree can also refer to the following: 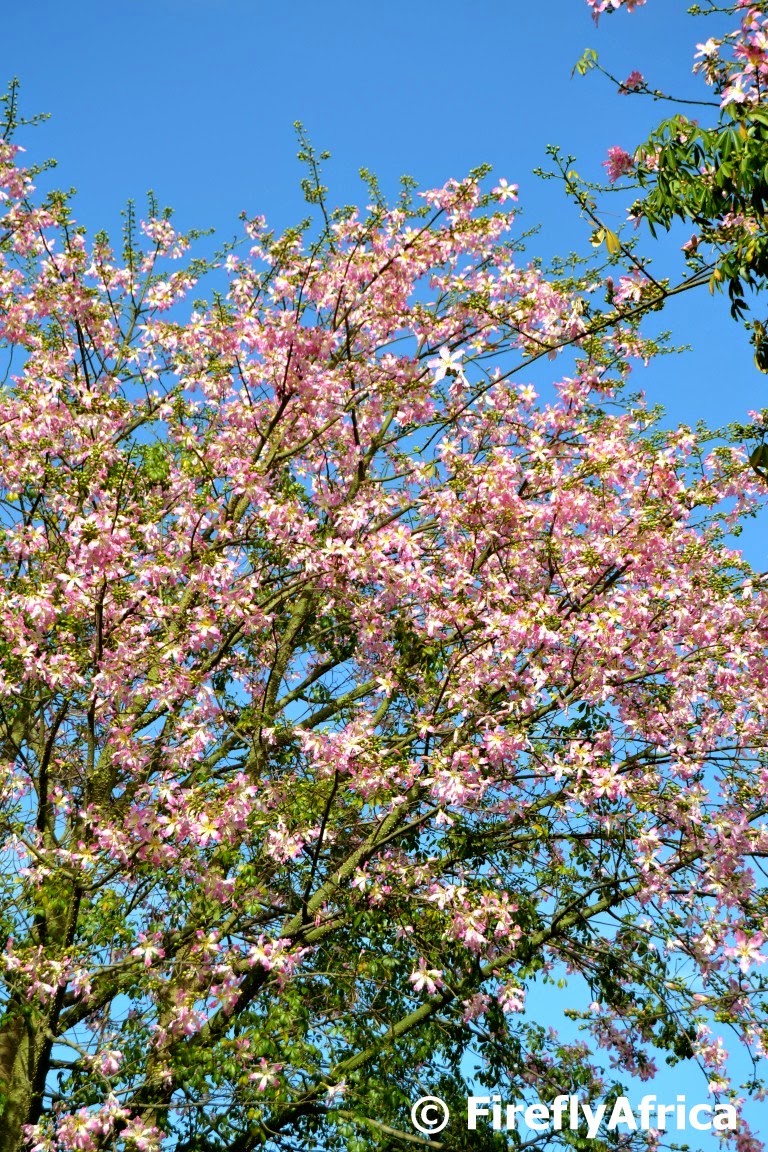 The tree in this post is a Chorisia speciosa of the family Bombacaceae (bombax or baobab Family).  It's common name is a silk floss tree or kapok tree.  This Kapok tree is native to Argentina and Brazil but is grown in many tropical areas.  It also grows well in parts of southern California and apparently, right here in South Africa. 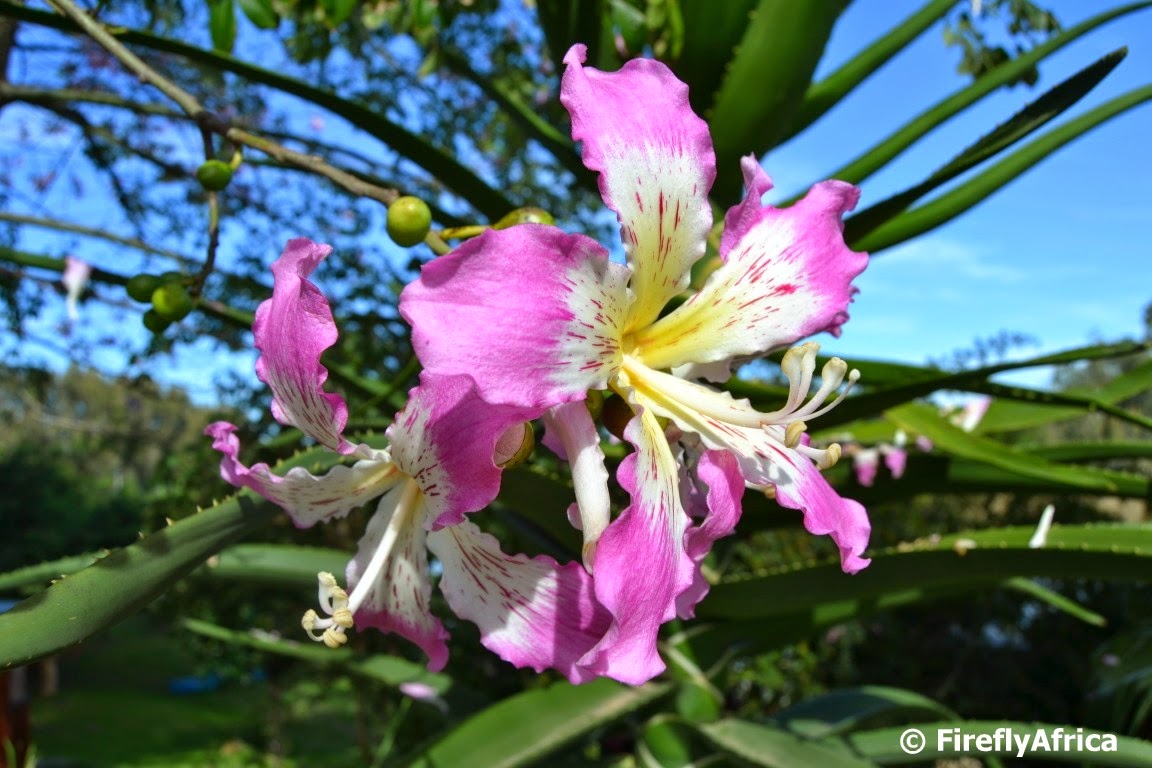 The tree (being an deciduous exotic to South Africa) drops its leaves just before they put on their spectacular autumn display of five-petaled flowers. The flowers vary from pale pink to rose, purple or burgundy at the tips and grade into a white or ivory.  The flowers are then followed by pear shaped capsules filled with many seeds embedded in silky white floss.  Hence the silk floss tree name. 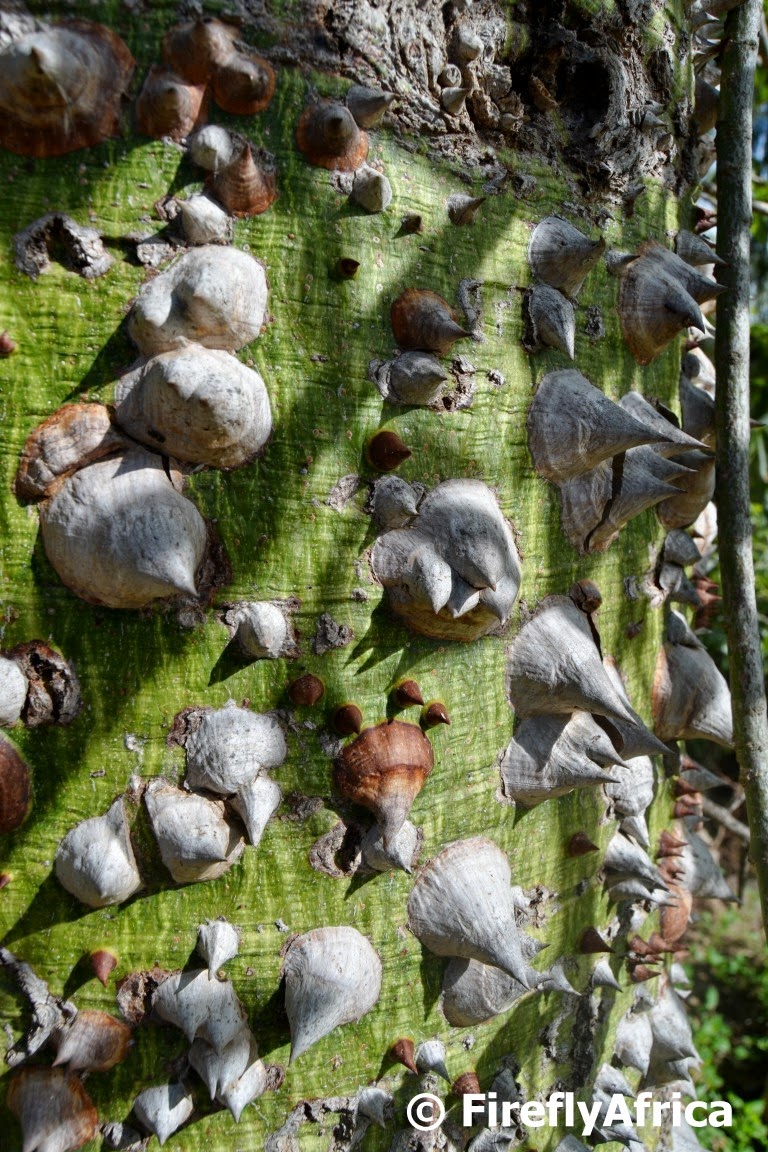 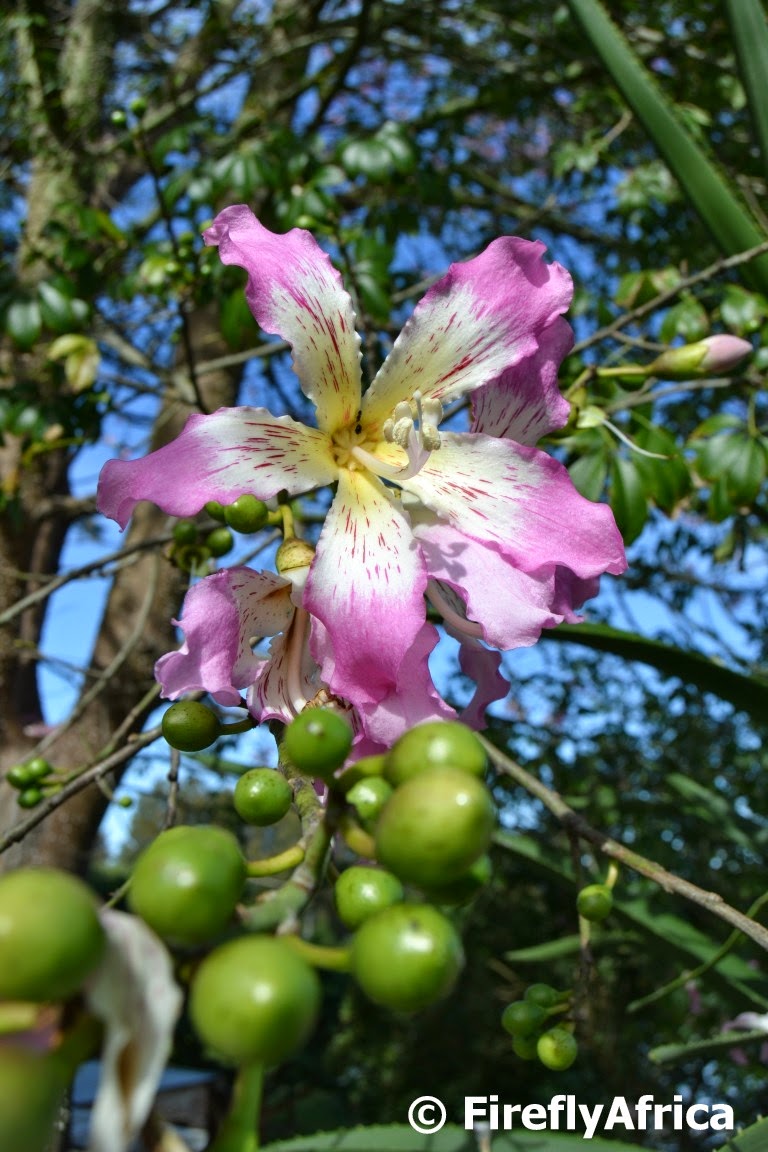 The tree's trunk is mostly green in colour and is covered with big warty triangular spines.  These spines turn gray as the tree gets older and will put anybody off from trying to climb one without a ladder or proper protection.  Not that you would really want to climb it for any reason.  The tree has a straight trunk with an umbrella canopy. 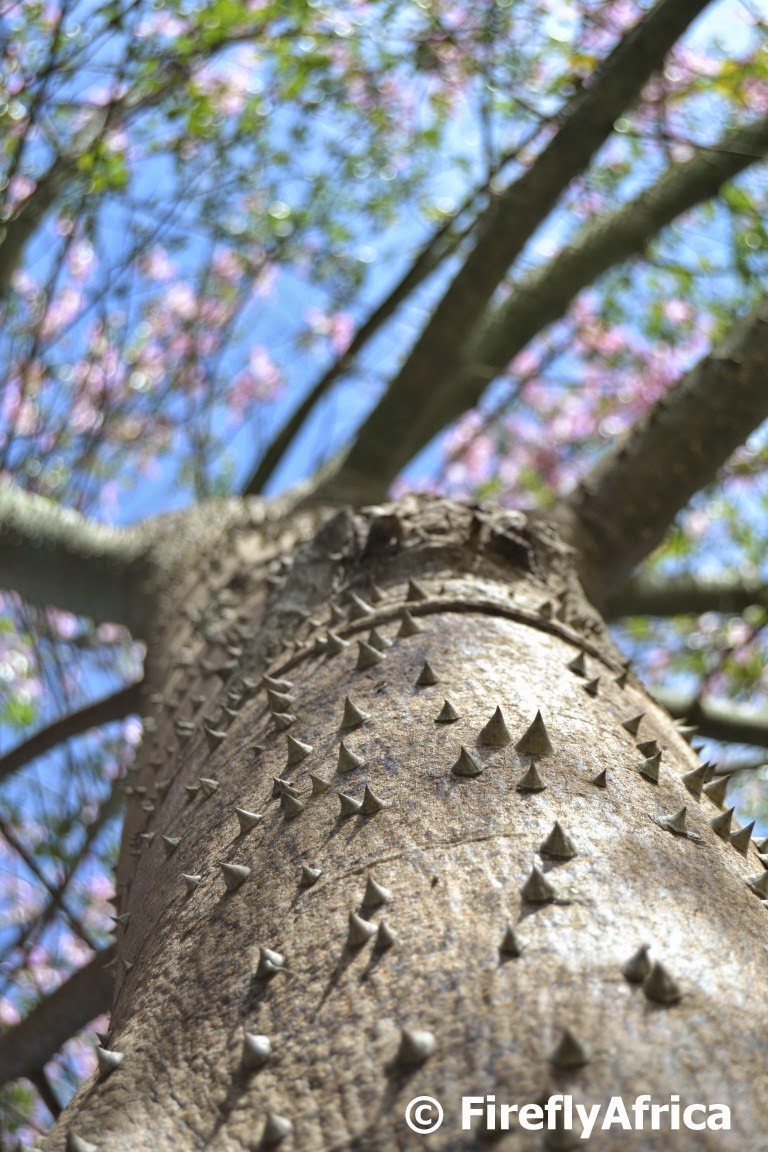 After my research I now also know a lot more about the Kapok / Silk Floss tree.  In closing I just want to say, the tree may not really have any specific use, but it does make for a great conversation piece because of the spiny green trunk and beautiful flowers.  Enough reason to want one in the garden.
Posted by Unknown at 12:00 PM