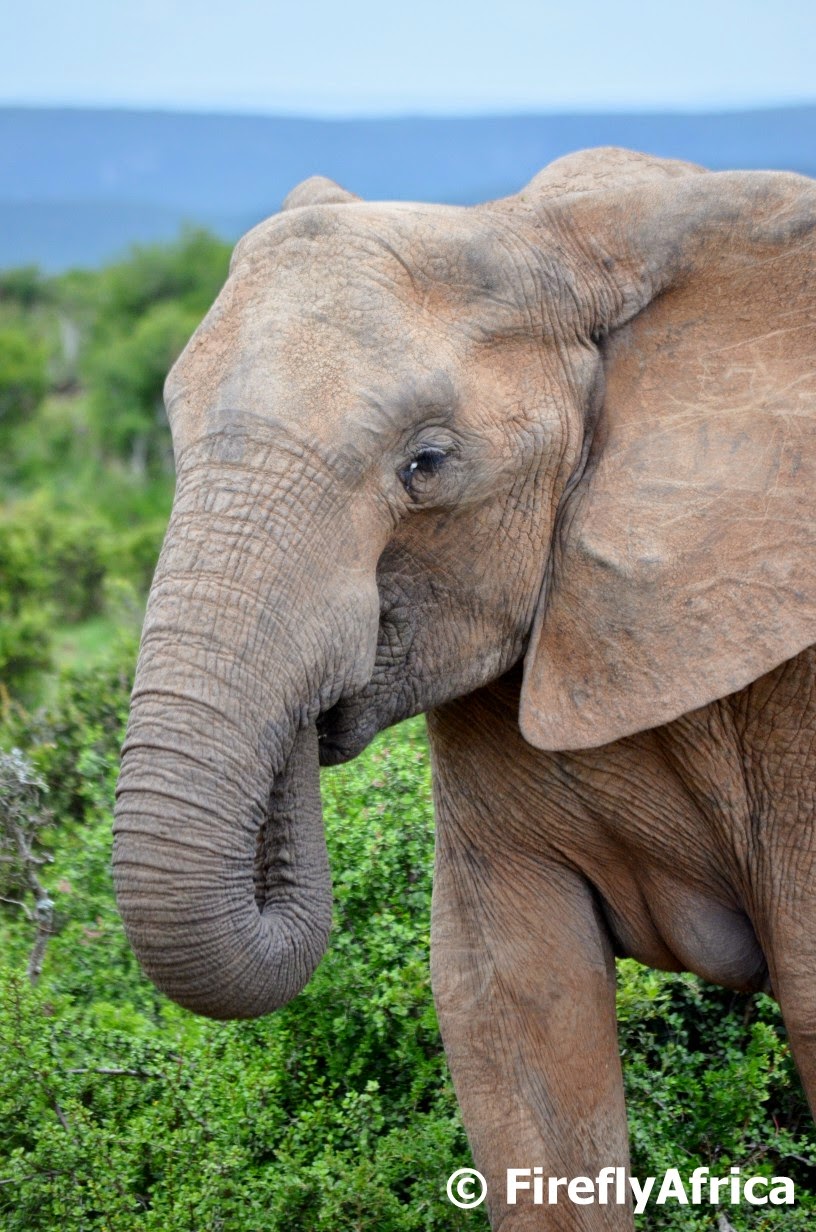 The majority of the female elephants in the Addo Elephant National Park are tuskless.  The general opinion amongst laymen is that it's because of selective hunting of the elephants with big tusks in the late 19th and early 20th century while others think it may be due to the vegetation (structure and/or nutrient composition) of the area.  Long term records have been used to assess trends and it has been found that although it could have played a roll, selective hunting solely cannot provide adequate explanations for the high frequency of tusklessness.  Non-selective genetic changes resulting from the population's isolation, small size and bottlenecks (during the 1800s and 1920s) are suggested to be primarily responsible for the ladies in Addo not having tusks.
Posted by Firefly the Travel Guy at 12:00 PM