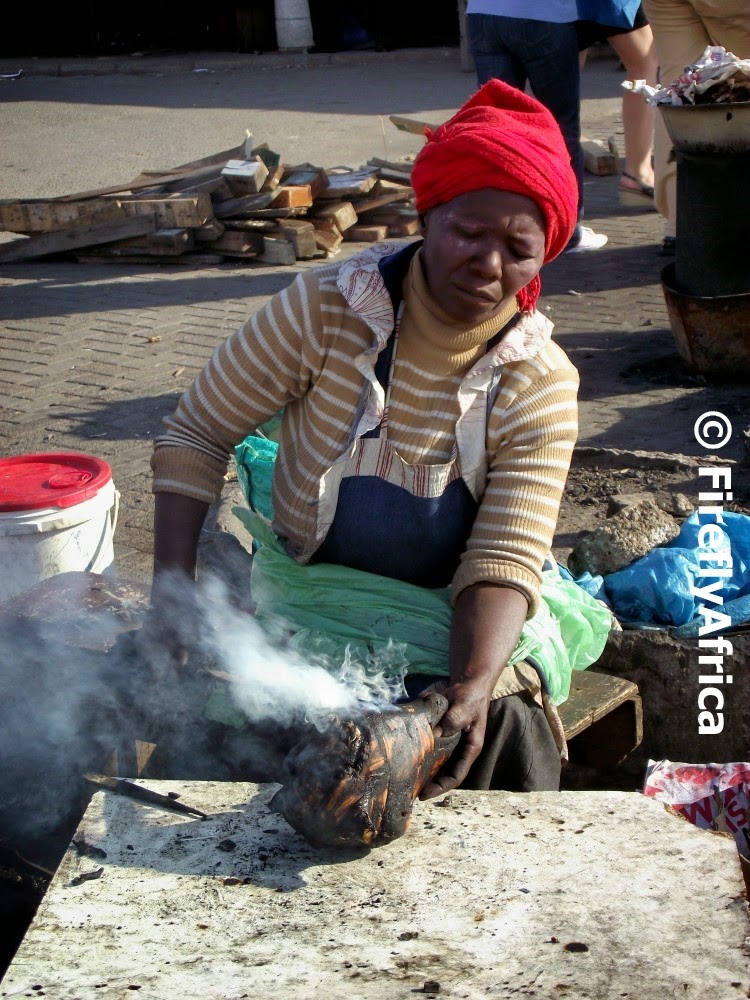 Most South Africans probably know what a smiley is, but if you ask any international visitor to the country they would probably say something you use in mobile messages and online comments.  The difference between a township smiley and an online one is very different though.  A township smiley is a cooked sheep's head, regarded as a local delicacy. 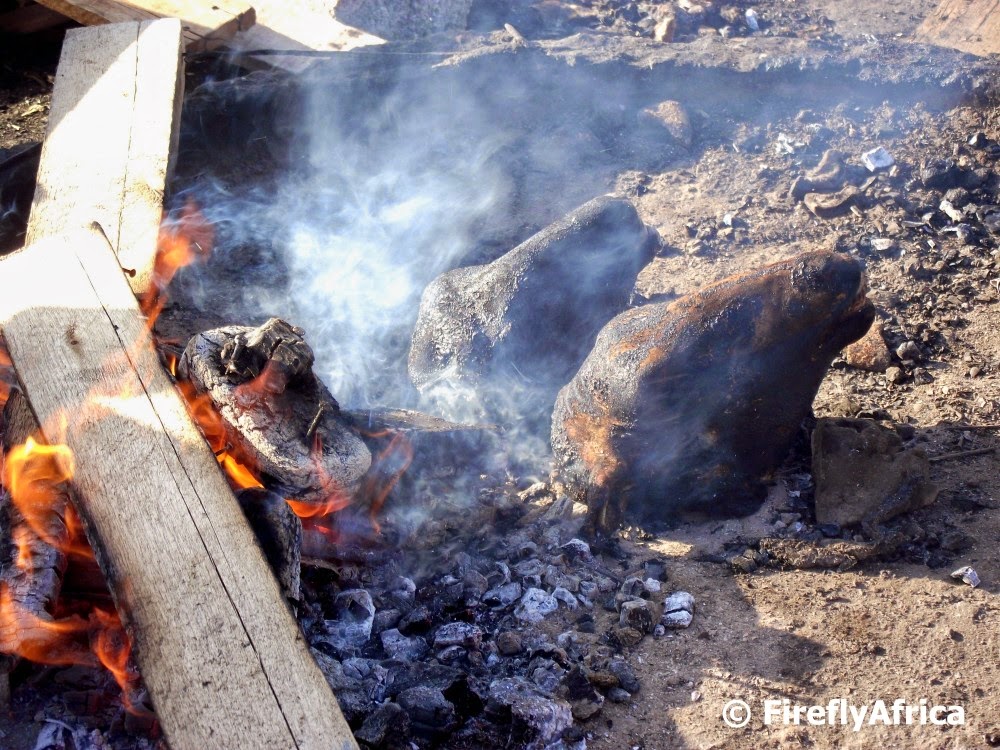 The sheep heads are boiled in salty water, sometimes with a stock cube thrown in.  Once they are cooked they get put in the fire to burn off all hears and excess skin.  The cook would have a couple of irons in the fire and that will be used to burn off the remaining hairs and skin, as the lady is doing in the first photo.  The reason the head is called a smiley is that the lips get burned off, exposing the teeth.  This makes it look like the head is smiling at you.  The head then gets cut in half and its these half heads that passers by then buy for lunch or dinner.  I haven't been brave enough to try it yet.
Posted by Firefly the Travel Guy at 10:00 AM