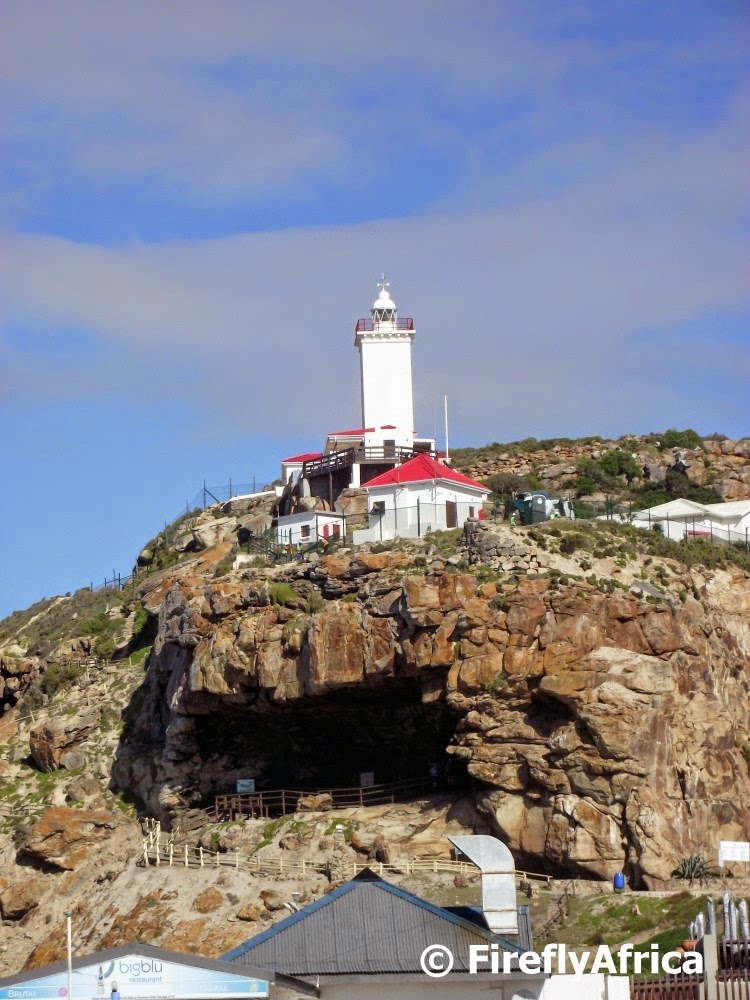 The western point of Mossel Bay is named Cape St Blaze and long before the first Europeans arrived in South Africa this area was home to the Khoi people.  The Khoi found shelter in the caves along this coastline, one which can be found directly below the lighthouse where archaeological digs have found that the early inhabitants lived on the abundance of shellfish available from the rocks below. 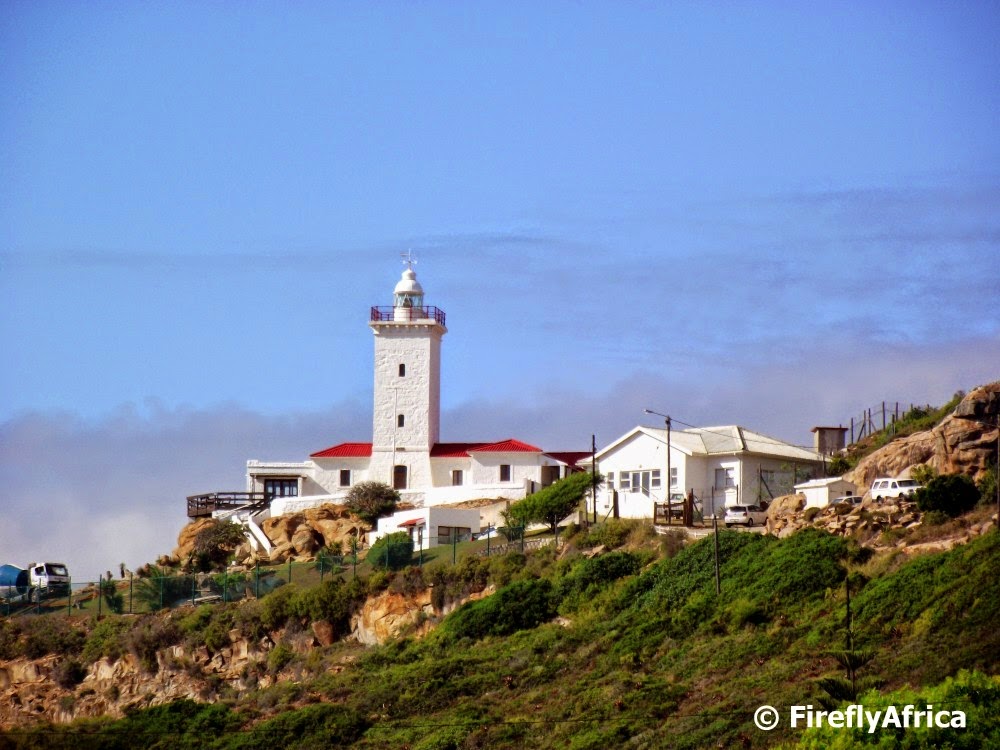 The Cape St Blaze Lighthouse was erected in 1864 and up until recently was one of the last South African lighthouses that was manned 24 hours a day.  Until the late 1970's the lighthouse worked on a clockwork system to turn the lens and a lighthouse keeper had to climb up the tower every three hours to wind it up.  These days all the navigational aids and joining plant are fully automated although a senior and two additional light keepers are still employed.  Constant radio watch is kept and regular meteorological duties undertaken.
Posted by Firefly the Travel Guy at 11:59 AM