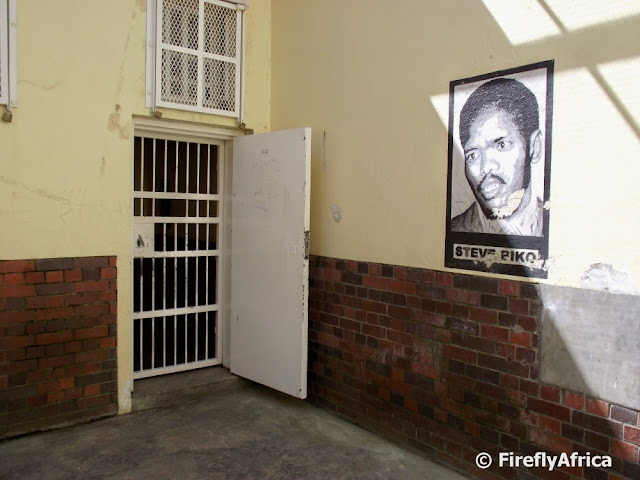 Yesterday (12 September 2012) was the 35th anniversary of Steve Biko's death and I got to join a group visiting the cell Biko was held in at the Walmer Police Station in Port Elizabeth shortly before his death.  This post isn't about the Biko story though but rather something a little bit more light hearted.  It seems that one of the suspects held in this cell at some stage not too long ago had a black permanent marker with him and had a good sense of humour. 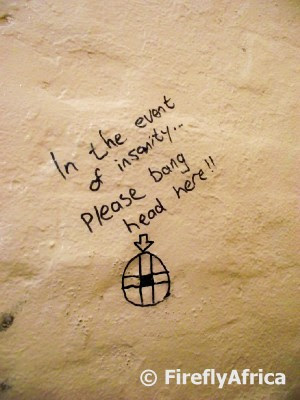 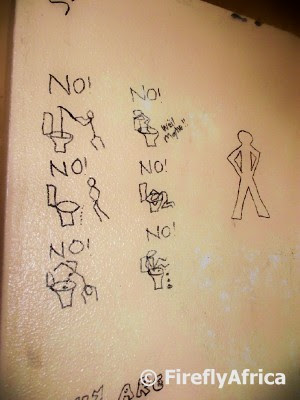 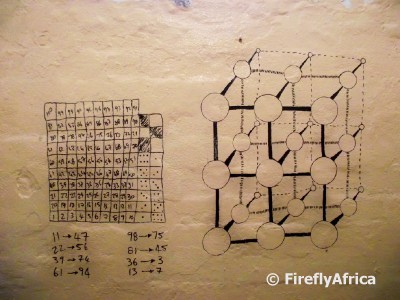 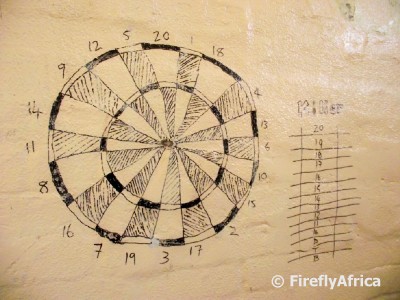 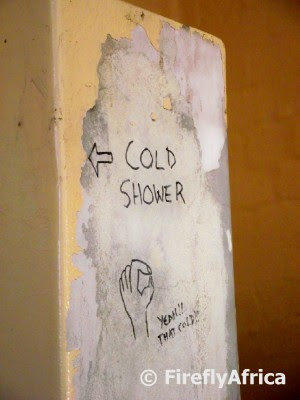 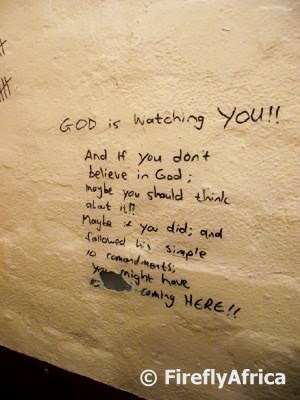