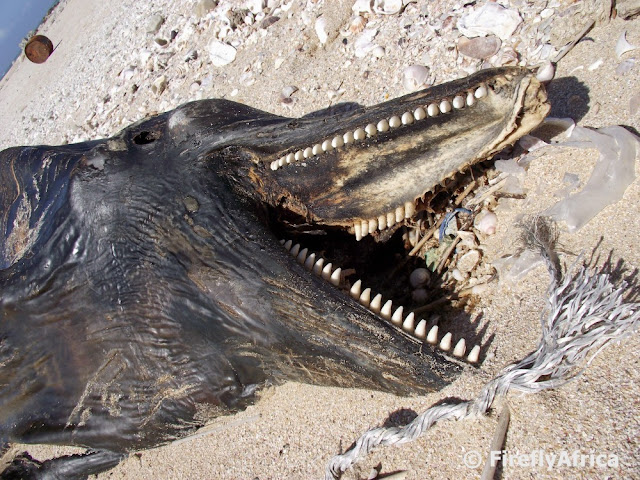 Is there such a thing as sea monsters?  Huge tentacled beasts dragging ships in under the waves, long necked dinosaur like animals who survived millions of years in the deep or scaly monsters with huge teeth so terrifying that Great White Sharks flee in fear?  A morning's hiking around the Cape Recife Nature Reserve in Port Elizabeth nearly had me thinking twice that I have found proof. 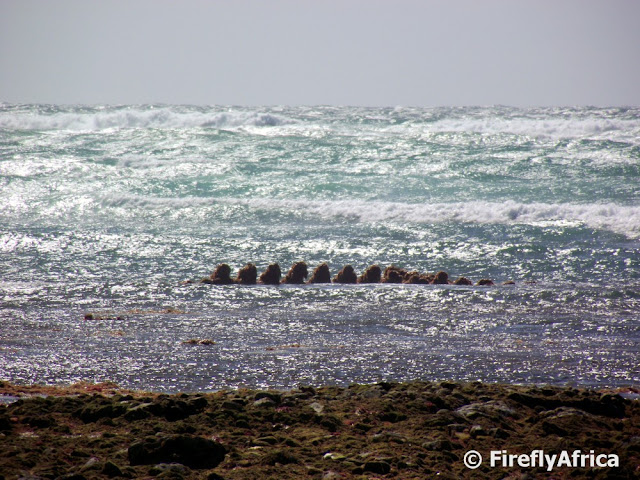 Walking along the Algoa Bay side of the reserve I spotted a spiky spine visible amongst the waves.  I started to get excited and snapped a couple of pics before looking at it carefully again.  It seemed to stay in the same spot and rather than moving about it was the waves that washed over it making it look like it was moving.  Turned out to be the remains of one of the many shipwrecks found along this piece of coastline.  Darn! So close. 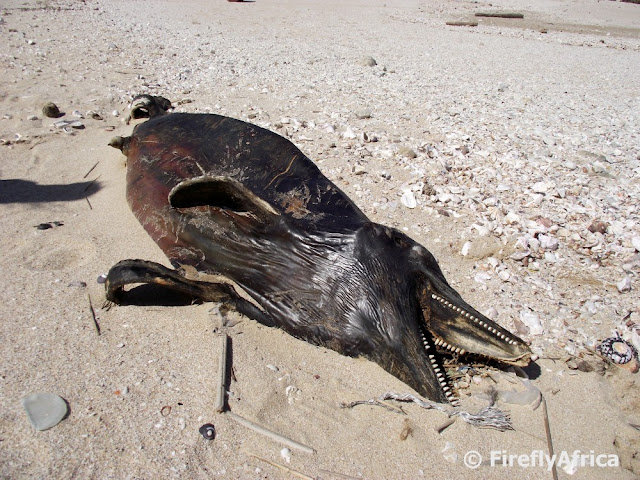 About 30 minutes later out on the southern side of Cape Recife I saw something very peculiar lying on the beach.  Dark in colour what what looked like a leathery skin and sharp white teeth... Finally I have my proof!  Unfortunately for the Indiana Jones explorer and discoverer in me it turned out to be the dried out remains of a dolphin that washed up on the beach some time before. Darn again! Oh well, I will have to wait a little while longer before I make my big "ground breaking", "world news creating" and "instant fame" discovery.
Posted by Firefly the Travel Guy at 4:32 PM