Following yesterday's post on the Johannesburg Zoo, I decided to post a couple of random animal photos I took on our visit.  I have said so before and I will say so again (and again and again and again) that I much rather prefer to visit a game reserve and look for the animals in their natural environment.  The problem is that not everybody in society gets the opportunity to visit game reserves and thus zoos will always be the only place a lot of people will see wild animals. 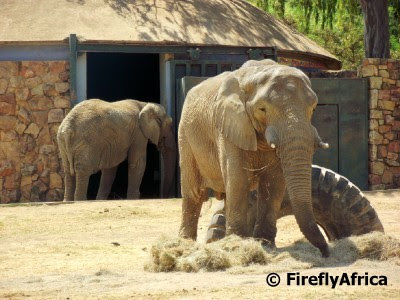 The elephants enclosure at Jozi Zoo must be one of it's most popular spots.  Its situated roughly in the middle of the zoo and most of the paths pass it, so a lot of people stop there.  I feel a bit sorry for the elephants in their treeless enclosure if I think of the elephants in the Addo Elephant National Park close to Port Elizabeth with so much space covered in Valley Bushveld and grasslands. 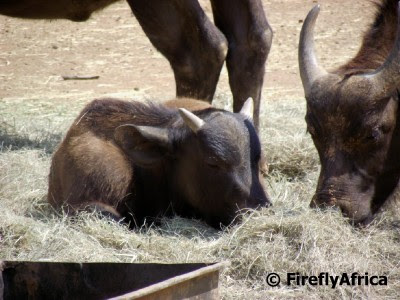 The Cape Buffalo, another of the Big 5 that one can see in the zoo, had a baby in their enclosure.  Now here is where one of the up sides of the zoo happens.  In the wild you probably wouldn't always get such a clear shot of a Buffalo calf unless you sit in one spot for a very long time.  Just a pity the sun wasn't right and threw a shadow on his face. 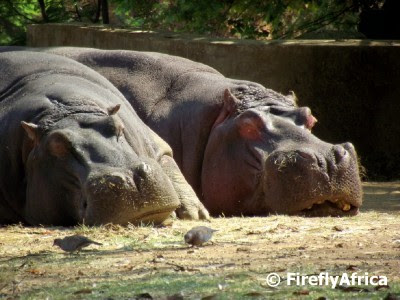 I loved seeing the hippo. The game reserves around here doesn't all have hippo and you don't always get to see them cause they are more active in the evenings.  These guys seemed quite content on having their afternoon nap in the sun. 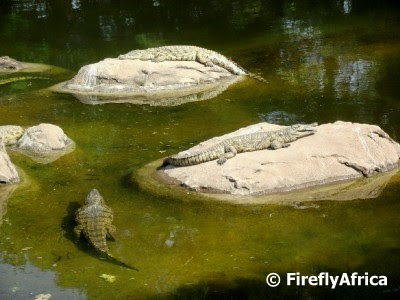 Something that doesn't occur down in the Eastern Cape naturally is the Nile Crocodile.  In actual fact there is only one game reserve near Port Elizabeth that has crocs as far as I know. 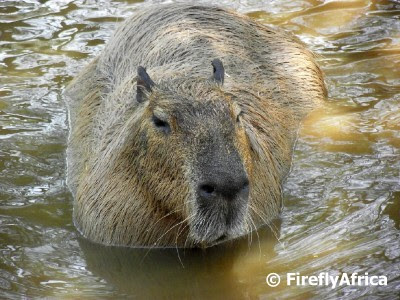 The last animal I want to show is an exotic.  The Capybara is the world's largest rodent. They are found in southern Central America and northern South America and are semi-aquatic, spending a lot of time in the water.  This guy put up quite a show, rolling and diving around for us in the water.
Posted by Firefly the Travel Guy at 2:00 PM