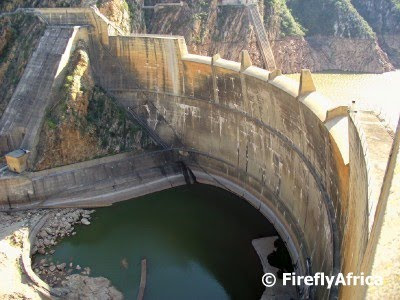 Big parts of the Eastern Cape is currently in the grips of a terrible drought. Even though we have had a good amount of rain on the coast, we are still in what is now called a green drought. It means that on the coast its green, but our supply dams and their catchment areas still hasn't had nearly enough rain to relieve the drought. 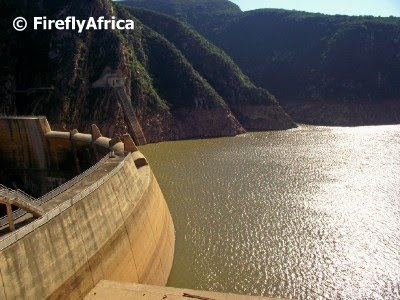 The Kouga Dam in the Gamtoos River Valley is one of Port Elizabeth's main supply dams. It was the first double-arched dam engineered in South Africa and supplies water to both the Nelson Mandela Bay metropolitan area as well as to the agricultural area in the Gamtoos Valley. This means that when there are water restriction in the city, the farmers in the valley also has to cut back on irrigation. 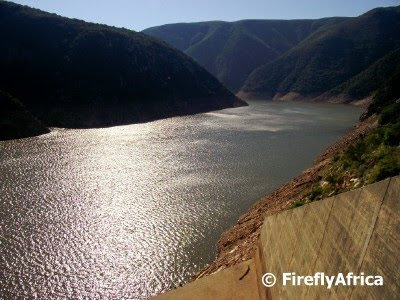 The Kouga Dam is currently only 36% full and we are really praying for rain to fall in that area to relieve the drought. Click on the following link to see the Kouga Dam overflowing.
.
Footnote: The Kouga Dam was previously named the Paul Sauer Dam.
Posted by Firefly the Travel Guy at 2:00 PM