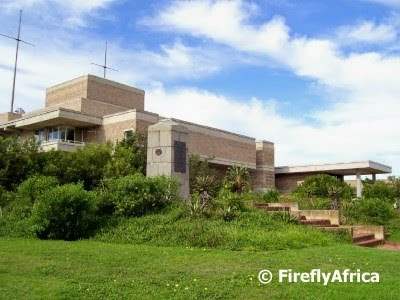 The town of Grahamstown (well, its actually a city as it has a cathedral) in the Eastern Cape is situated right in the middle of Settlers country. It is in this area that the 1820 British Settlers (see here, here and here for the Settler story) settled down and it was inevetable that the town would put a monuments to them. On the hill overlooking the town the Settlers Monument was built as a living monument. Opened in 1974, the monument includes a theatre and conference centre and is used by well over 200 000 visitors a year. 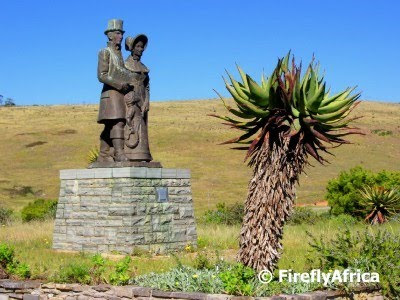 At the entrance to the Monument grounds stands another monument to the settlers. This one is a statue depicting an 1820 Settlers family. The man is wearing a top hat and jacket while the woman is dressed in a long dress, as they would have arrived in those days. You can kinda hear the little girl ask, "When are we going home mommy?"
Posted by Firefly the Travel Guy at 2:00 PM