I spent a couple of days in the city of East London, 300 kilometers east of Port Elizabeth, the other day. I didn't have much free time, but I did get to visit the East London Aquarium. 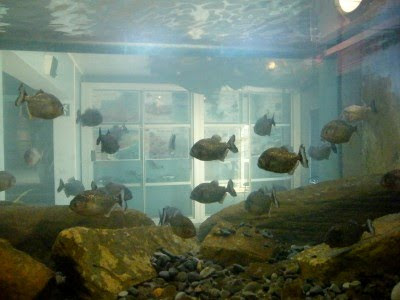 The East London Aquarium is by no means a very big facility. It was officially opened on 2 December 1931 which makes it the oldest public aquarium in Southern Africa. The aquarium has a number of large fish tank displays that feature most of the fish population found in the oceans around East London. 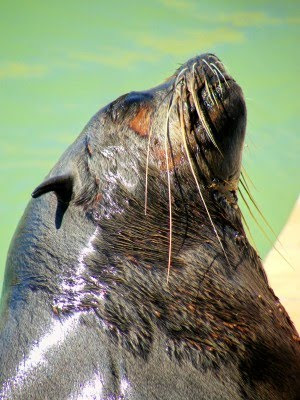 Outside the aquarium is a huge deck overlooking the ocean for visitors to keep an eye out for whales. The deck also overlooks the seal pool where the resident seal does displays a couple of times a day. 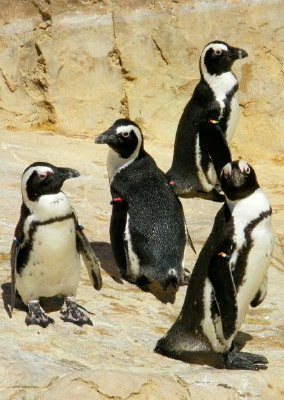 There is also a number of African penguins at the aquarium. Just this week there was an interesting article in the newspaper regarding the penguins. Two of the penguins starting building a nest together and sitting on it, but no egg was forthcoming. As you can't differentiate between male and female penguins, they had blood tests done on them and it turned out that they were both male penguins. The staff provided them with an egg from a "donor" female and guess what... they hatched it. Does this mean that you actually get gay penguins as well? Very interesting.
Posted by Firefly the Travel Guy at 4:30 PM