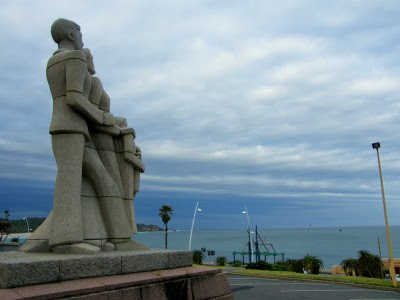 On the Esplanade in East London visitors to the city will find the German Settlers Memorial. It was erected in remembrance of the than 2000 German settlers (men, women and children) who arrived in East London in 1858 as part of the colonial government's plan to try and introduce the black Xhosa speaking people of the Eastern Cape to a European type of society. 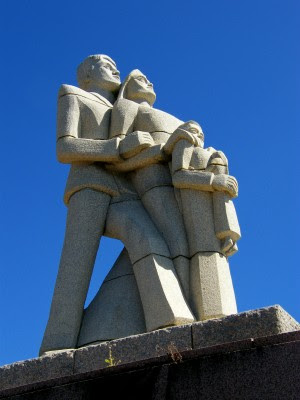 Originally the British Government offered the colonial government the services of the British German Legion who was recruited for the Crimean war but never saw and action. After their arrival in 1857 it was found that their settlement was unsuccessful as soldiers didn't make very good farmers although they were ideally suited to defend the area from Xhosa attack if necessary. 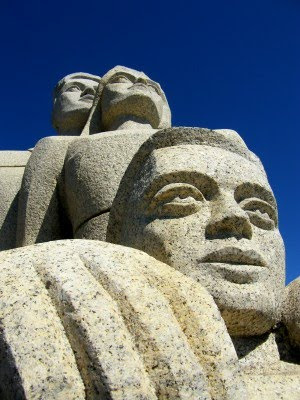 The soldiers were followed by new immigrants who came in family groups and who were much more hard working and successfully despite all the hardships they had to endure. It is thanks to the German Settlers that there are many places in the Eastern Cape around East London that has German names as these settlers named places after where they came from in Germany. Some of the names in the area are Berlin, Hamburg, Frankfurt, Breidbach and many others.
For more information on the German Settlers, visit Knowledge4Africa and the following document.
Posted by Firefly the Travel Guy at 4:20 PM