Its been a while since I've climbed to the top of the Campanile. Last weekends I had to keep Chaos Boy busy for the morning while the girls went shopping and we decided to go and climb to the top of the tower. 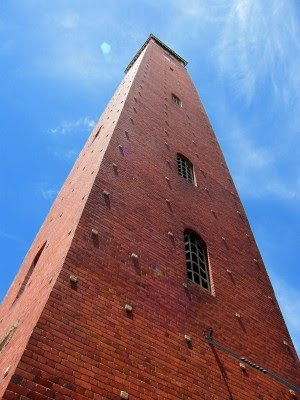 The Campanile was built and completed in 1923 in commemoration of the centenary of the arrival of the British Settlers in 1820. The site on which it stands used to be the landing beach where the settlers were offloaded before their long journey to the Grahamstown district. 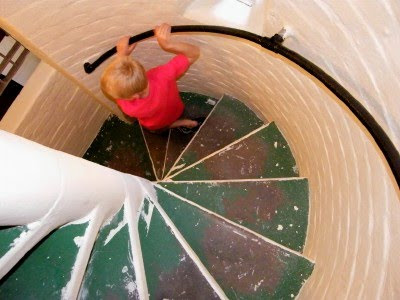 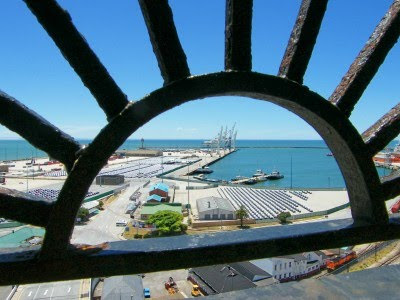 At the top of the tower there are windows looking out to each of the four directions. East (above) you look across the Port Elizabeth Harbour which now separate the old landing beach from the ocean. South looks towards the beachfront while West looks across the freeway which separates the Campanile and harbour from the rest of the city. Looking North one can see the new Nelson Mandela Bay Stadium and the mountains beyond Uitenhage in the distance.
Posted by Firefly the Travel Guy at 4:00 PM