One of my favorite spots in Cape Town is the Rhodes Memorial on the slopes of Table Mountain. 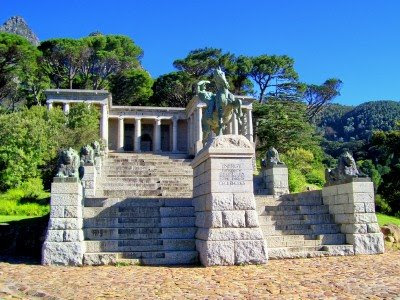 The monument was erected in memory of Cecil John Rhodes (1853 - 1902). Rhodes was an English born South African businessman, mining magnate and politician. He was Prime Minister of the Cape Colony from 1890 and Rhodesia (today Zimbabwe and Zambia) was named after him. 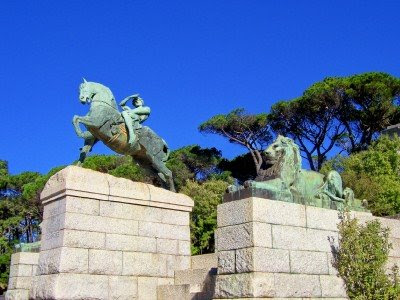 The memorial was built in the shape of a Greek temple. There are 49 steps (one for each year of Rhodes' life) leading up to a bust of Rhodes. The bronze statue of a horseman called Energy was sculpted by George Frederic Watts while the eight bronze lions flanking the steps are by John Macallan Swan. 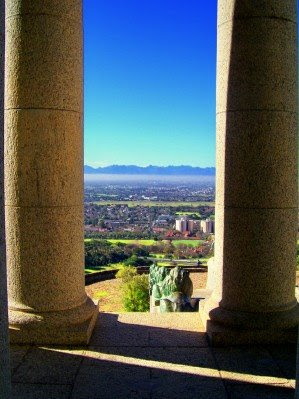 Looking at the view from the memorial you can understand why Rhodes spent so much time up here enjoying the view. Whenever I'm in Cape Town I try to make an effort to stop by here, no matter how briefly.
Posted by Firefly the Travel Guy at 7:05 PM