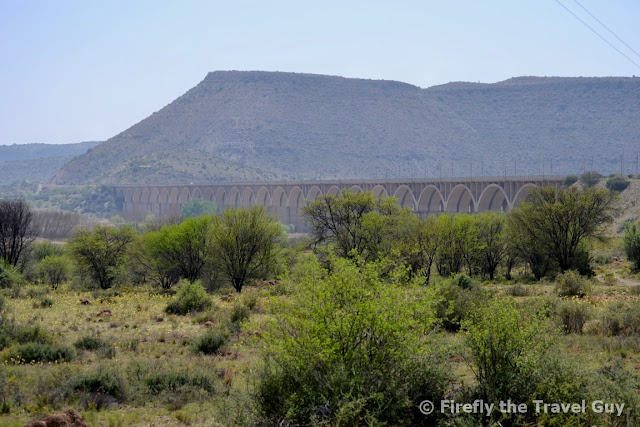 My normal route through the Karoo Heartland of the Eastern Cape when heading up north is over Cradock and Steynsburg towards Venterstad and then a short left to the Gariep Dam before hitting the N1 for Bloemfontein.  Before my last trip to Johannesburg I had a closer look at the Geocaching map to see if there are any possible alternative routes that will take me to cache locations I haven't been to.  A couple of green dots around the town of Bethulie in the southern Free State caught my eye.  It wouldn't necessarily mean more distance, just a right at Venterstad and a loop via Bethulie towards the N1.  The one thing that really caught my attention though was that one of the caches was called The Longest one in SA. Longest what?  It turns out that the (now second) longest bridge in South Africa spans the the Orange River, connecting the Eastern Cape and Free State, just outside the town. 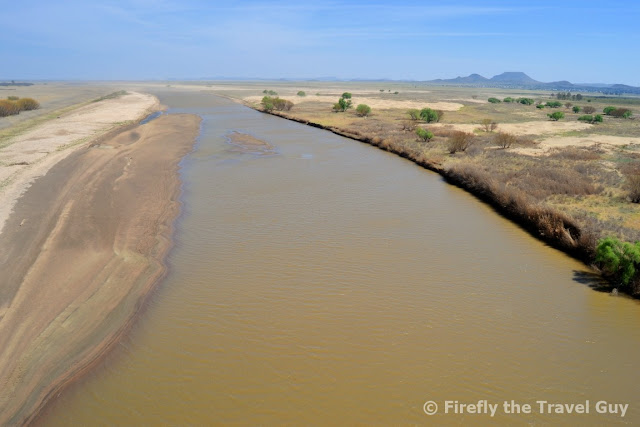 The arched D.H. Steyn Bridge (also called the Hennie Steyn Bridge) is 1,152 km long and 51,5 meter high above the river below.  The bridge was built in the 1970's and was named after the then   chairperson of the Orange River Development Project Advisory Council. 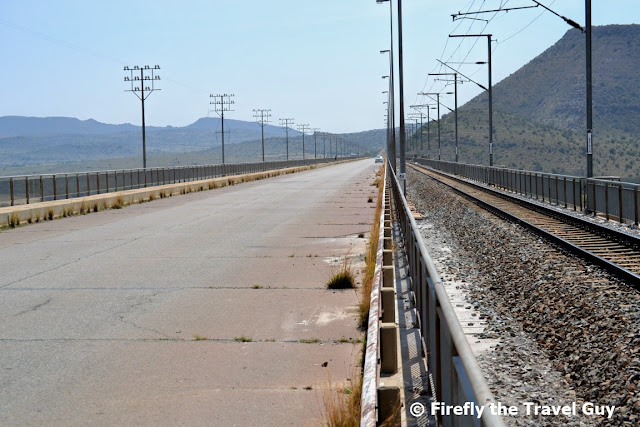 Another unique aspect of it is that the bridge isn't just a road bridge but also acts as railway bridge with the railway line running parallel to the road.  Approaching it from the Eastern Cape side is probably best with a great view of the bridge, but I have to be honest, standing on the bridge itself it doesn't look very spectacular. The view to both side are beautiful though (in a Karoo way) and just the fact that I can say I have visited the (second) longest bridge in South Africa made the detour worth while.   Just a pity that more people don't venture off the beaten track to come and discover places like this.

Oh yes, and I did find the Geocache in case you were wondering.

UPDATE: Thanks to Grant Stater for the information in the comments.  The longest bridge in South Africa is now along the John Ross Parkway along the N2 near Rochards Bay in KZN.  A 1.2km long bridge spanning the Enseleni floodplain and Nsezi River was completed in December 2009 at a cost of R270-million and is now the longest bridge in the country.
Posted by Firefly the Travel Guy at 3:19 PM