Who was Louw Wepener and why does he have a monument in the Free State? 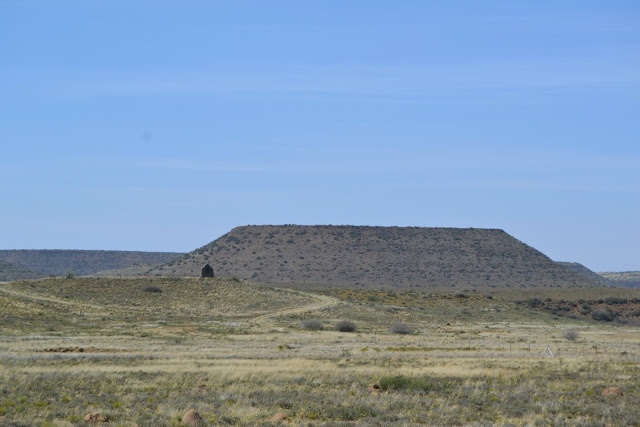 How are you going to explore, discover new places and see interesting things if you don't road trip and venture off the beaten track?  A little detour past Bethulie in the southern Free State while heading north had me cross the second longest bridge in South Africa, take a walk through the Bethulie Concentration Camp Cemetery and learn who Louw Wepener was.  To be honest, I probably would have totally missed the Louw Wepener Monument a few hundred meters off the road if there wasn't a Geocache located there. 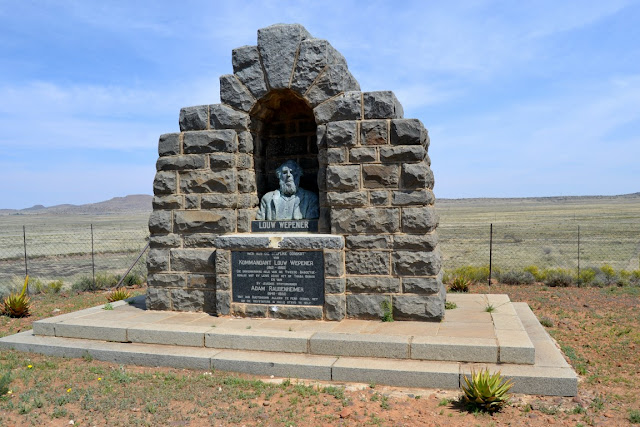 So who was Louw Wepener and why does he have a monument?  Lourens Jacobus (Louw) Wepener was bron in Graaff-Reinet in 1812 and was a war hero.  As a Cape burgher, while farming in Somerset East and then Aliwal North, Wepener distinguished himself through his military ability and fearlessness during the frontier wars of 1835, 1846 and 1851.  In 1862 he moved to the farm Constantia outside Bethulie and threw his lot in with the Orange Free State.  On the outbreak of the Second Basuto War in 1865 he became commandant - in - chief of the southern commandos.  As the Boers advanced they were eventually encamped at the foot of Thaba Bosigo, Moshesh’s stronghold.

Wepener and 400 volunteers decided to take the mountain by storm with Wepener, in the lead, dying a hero’s death at about sunset near the summit of the mountain.  Legend has it that his heroism made such an impression on the Basutos that they roasted and ate his heart, believing that by doing so they would acquire some of his bravery. 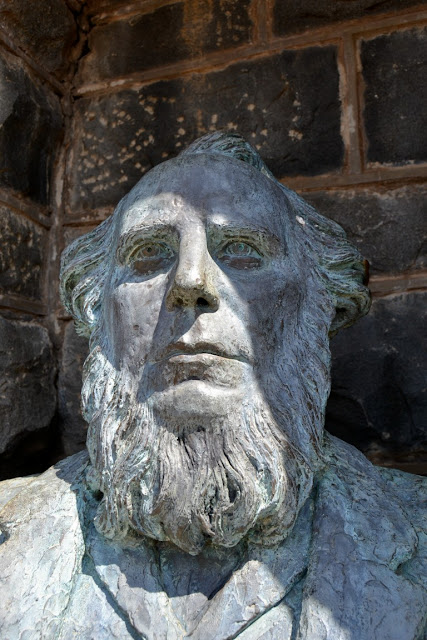 Louw Wepener's bones were later buried on his farm outside Bethulie on the site where the monument stands today.  The town of Wepener near the Lesotho border was also named after him.  I hopped onto the wall next to his bust after retrieving the Geocache and had a quick chat with Oom Louw while signing the logsheet.  He truly was a heroic man if you read his whole history and that of the attack on Thaba Bosigo.  The other thing that got my attention is the fact that this monument is located on a farm, in the middle of nowhere, but with close ties to Wepener plus the monument is a simple stone structure with a bust.  Perhaps a lesson to those wanting to put up monuments for struggle heroes.  Monuments don't have to be anything more than this, located in a place with no links to the person or cost millions of rands.  Just saying.
Posted by Firefly the Travel Guy at 10:11 AM