Trains, trains and some other stuff at the Outeniqua Transport Museum 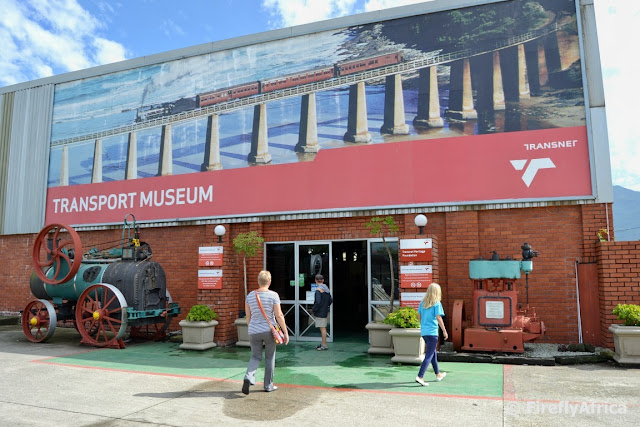 When in George the one attraction you have to visit is the Outenique Transport Museum (also known as the Outenique Railway Museum).  It used to be one of my regular stops on the Garden Route back when I was working as a tourist guide and the Outenique Choo Tjie steam train was still running.  Spending a long weekend in George I just had to take the family to show them this amazing place.  I was just a little worried, because although I love museums, they might possibly find it slightly boring.  I was wrong. 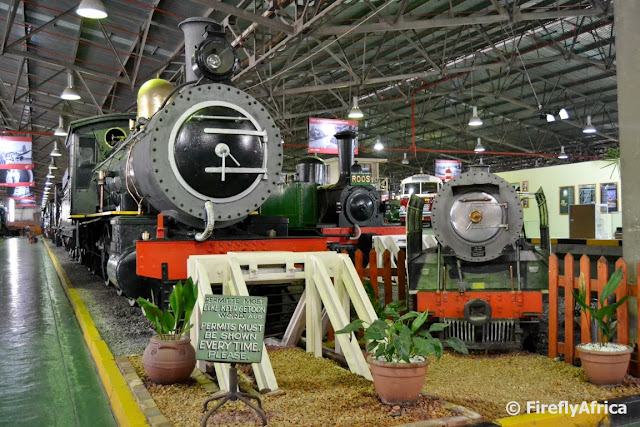 The museum has an exceptional collection of railway memorabilia which include 13 steam locomotives and probably twice as many (if not more) different carriages.  Some of the pieces that take pride of place in the museum are the Emil Kessler - Johannesburg’s first steam locomotive, the impressive GL Garrett, a coach from the Royal Train of 1947 and Paul Kruger’s coach and private saloons.  The Damselfly grew up on stations in the Langkloof while her father worked as a station master and she was mesmerised.  I could not believe that I was actually waiting for her the whole time as she slowly looked at just about everything in the museum, often calling me back to share some railway related childhood memories with me.  One of the things the KidZ loved the most was that they could climb into some of the locomotives and see what it looked like inside. They were all happy which made me happy and not guilty at all fro bringing them to a museum while we were on holiday. 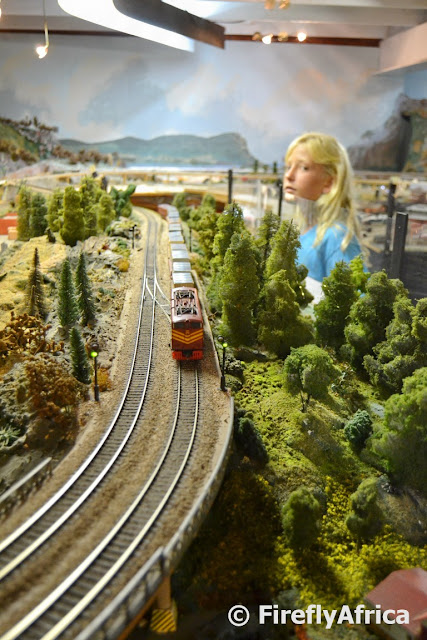 One of my highlights of the museum every time I visit is the massive model train layout in one of the rooms.  I used to spend way too much time in here while my guests were wandering around and it got me interested in modeling.  When I say interested in modeling I mean I've actually started building my own landscape model, without a train though.  Like farther like son... and daughter.  The KidZ nearly got stuck in the model room and I had to dig out coins to make the trains run a couple of times. 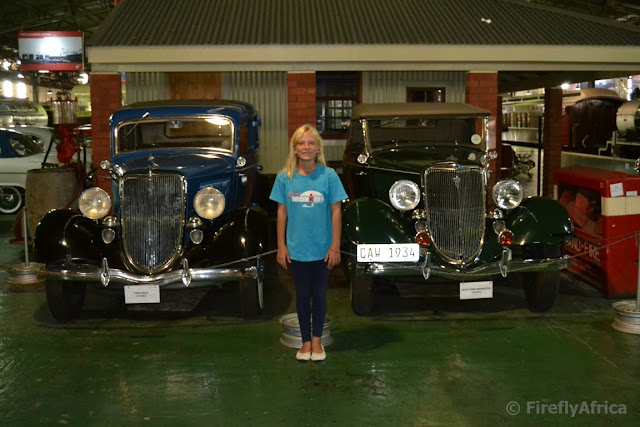 But the museum is a transport museum after all and not only about trains.  There is a huge exhibit of privately owned vintage cars, fire fighting vehicles from waaaaay back, a car similar to the one from Ghost Busters (which Chaos Boy immediately spotted) and a horse drawn hearse. 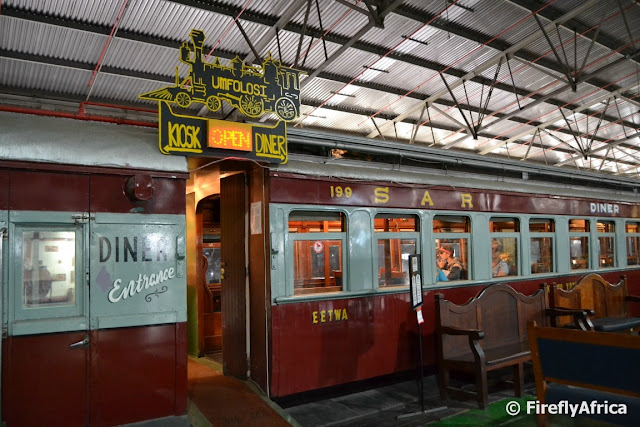 I think one of the biggest highlights of our visit turned out to be the Umfolosi Diner car.  Yes, the museum has a little coffee shop dash restaurant in a diner car and there was no way that we were going to pass up the opportunity to have something to eat in it.. 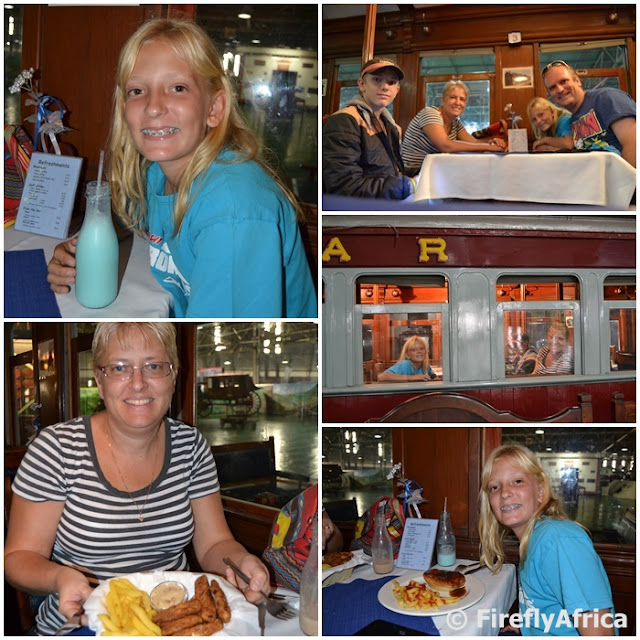 So milkshakes, chicken nuggets and pies, chips & gravy it was.  All we needed was the sway of the train and the rhythmic katic-katic katic-katic sound of the wheels on the track.

So next time you are in George, doesn't matter if you are staying over or just passing through, pinch off an hour or so and head for the Outeniqua Transport Museum.  They are open daily (excluding Sundays) from 8am to 5pm in season and Monday to Friday: 08h00 to 16h30, Saturdays and Public Holidays: 08h00 to 14h00 and closed on Sundays out of season.  The cost, R20 for adults, R10 for kids under 12 years and under 6 years for mahala at the time of our visit in April 2016.

And just in case you were wondering.  We weren't invited to visit, paid our own way and nobody there even knew that I was planning to write a post about it.
Posted by Firefly the Travel Guy at 4:09 PM